DQM2 will contain new monsters from the latest Dragon Quest release - Dragon Quest X - bringing the number of collectible monsters to a whopping 800 monsters. The game will also feature 4 on 4 monster battles.

Please be hopeful that the game will receive a translation in English. However unlike, the fate of the Dragon Quest franchise in the west is starting to look dire, with a new game announced hot on the heels of Dragon Quest VII's remake. The past Dragon Quest Monsters for 3ds, Terry's Wonderland, was well received by fans and could be a hint at single player Dragon Quest's future. 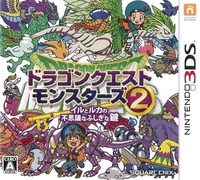