The Persona games, part of the popular Shin Megami Tensei franchise, have been around for a long time, and the series long time popularity has seen it finally receive an anime deal.

PERSONA -trinity soul- will be based on the most recent title in the series, Persona 3, and takes place ten years later, following the story of three brothers in city where the dead walk, their skin and fleshed turned inside out.

The development crew is, thankfully, a strong one; Jun Matsumoto, (Digimon and Blood+), is said to direct the series. Series character designer Shigenori Soejima will be designing the anime's characters as well.

Story will be handled by Yasuyuki Muto, (Le Chevalier D'Eon), and music is being composed by Taku Iwasaki ( Read or Die).

For now, PERSONA -trinity soul- is planned for a weekly release on television in Japan, starting January 2008. Sadly, there are currently no plans for an American or European release for the anime, and unless it turns out to be especially popular, its not likely to hit our shores any time soon.

Persona 3 Portable gets an Europe-specific Trailer 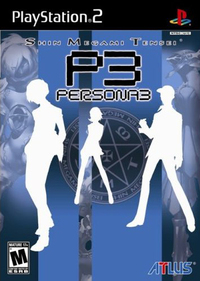