Sega has revealed in Famitsu that the Phantasy Star series will be heading to the Nintendo DS, meaning that almost every one of the major consoles has a Phantasy Star title in it's lineup.

The game will be in full 3D, and features character designs from Toshiyuki Kubooka of Lunar series fame. The storyline is being contributed by one of the PSO writers.

The game will play more similarly to the Phantasy Star Online series and not the turn-based RPGs from the Mega Drive days. The game will also be fully multiplayer over local Wi-Fi for up to four players, and chat using the DS PictoChat function. The game is sheduled to hit in Japan before Christmas.

We'll bring more as we have it. 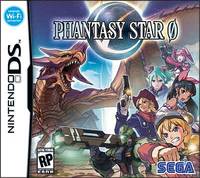