Arriving in the West for the PS3 and the Vita early next year, Ragnarok Odyssey Ace has received a collection of new in-game images courtesy of publisher XSEED Games.

The highlight in this media release is the Tower of Yggdrasil, a randomly-generated dungeon new to this version that will include a boss-rush mode of all of the baddies featured in the original game.

As a big Ragnarok Online fan, I look forward to trying out this version of the game. How about you guys? 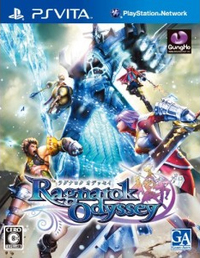