The Power of the RPG

Role Playing Games are undoubtedly one of the most loved genres of videogame. Up there with the likes of the FPS, Platformer and Beat 'em Up, RPGs have been around since the dawn of the videogame. Starting out in the form of simple text-based games, then evolving to titles such as Final Fantasy and The Legend of Zelda on the NES, over the years RPGs became more and more complex in plot, presentation and
gameplay mechanics. And yes, for the sake of argument, in this article, I will be considering the Zelda series an RPG.

Now, decades on in 2006, the Final Fantasy series is on it's twelfth title, showing it has quite some staying power, and huge blockbuster RPGs such as The Elder Scrolls IV: Oblivion and The Legend of Zelda: Twilight Princess spend years in development and are largely considered as not only incredible videogames, but also a form of storytelling that rivals novels and movies.

Just what is it that makes RPGs so appealing to gamers, making it an enduring genre with even more enduring franchises? I decided to chase after some gamers and find out just what makes them like RPGs. Below are some of their top reasons in no particular order, complete with quotes and my some commentary from me.

No doubt about it, role playing games certainly provide an immersive experience. RPGs on the whole have bigger worlds than any other game, with most famous benchmark RPGs giving the player a full, living breathing world to play in. Even 1987's Final Fantasy I featured a huge world map with eight towns, and many more dungeons for the player to explore. Each town and location was filled with people, every one of which had lines of dialogue. By today's standards, that's a pretty weak figure, with new Final Fantasy titles featuring much more of the same, while titles such as Lionhead's Fable offer even more immersion, allowing your character to purchase gifts for non-playable characters, and even marry one if they so wish.

These living, breathing worlds make the game feel so much more real than other titles and genres that do not feature as realistically large spanning worlds. No matter how many unrealistic characters, swords and magical powers there are to a game, the huge worlds of RPGs makes it seem all the more believable.

Sidequests Galore!
"You always get a lot more out of RPGs... sidequests and stuff. There's always a lot to do."

This one at first surprised me, but the more I think about it, the more it makes sense. People just love value for money, and RPGs give you just that. Outside of the main plot which usually takes more than a couple of hours to complete, there is always a set of extra, optional mini-quests, aka 'sidequests' for you players to sink your teeth into, and apparently you love it. If there's a part of the main plot you're bored of, or if you're finding a particular boss incredibly difficult, you can always turn to the multitude of sidequests to keep you busy, or even build your characters to make that difficult boss that little bit easier.

While sidequests and indeed every other type of extra, non-linear gameplay are present in many genre of game, they're definitely never more prominent than they are in RPGs, and they're clearly another reason people love the genre.

Incredible Storytelling
"It's just more interesting... it's like playing a movie sometimes. Usually a magical (not necessarily literally) world... Characters with depth and stuff, you actually care what happens to them. I mean... remember Aeris?"

Who doesn't remember Aeris? No doubt about it, another thing RPGs are talented at is telling stories of a depth and complexity that simply isn't possible in other genres. RPGs have the advantage of being able to have reams of text or dialogue for plot exposition, and yet mostly, they simply don't get boring.

Absolutely unafraid to throw complicated plot arcs at the player, RPG plots have evolved with the genre, with Final Fantasy plots becoming ever more complicated, with other titles such as the Zelda series and Disgaea taking a decidedly minimalist approach to plot. Regardless of how complex the plot, there's always a certain charm to the characters, locations and stories of RPGs. Despite being much less complex, Disgaea is definitely worth playing for it's quirky plot, and many would argue the plot of Ocarina of Time is one of the most simple yet brilliant ever conceived. There's definitely something different about the production values of RPGs that makes them more like a book -- just what it is, though, I couldn't say.

Having sold 9.7 million copies as of December 2005, Final Fantasy VII undoubtedly was one of the titles that helped the Playstation destroy all the competition. Its advertising campaign promoted its CG cutscenes - impossible on the N64, reading "Somebody get the guys who make cartridge games a cigarette and a blindfold." That, essentially is the power of the RPG: Some of the biggest titles in the world are RPGs, and these titles can make or break a console.

What does this mean right here and now? What RPGs are going to shape the next generation, and how?

First of all, let's look at what each console has to offer.

The Legend of Zelda will of course remain Nintendo's flagship RPG. The series appears to be picking up momentum now, and everything rests with Twilight Princess. If the title will beat the practically infallible Ocarina of Time is questionable, but regardless, what is for certain is that Twilight Princess will sell, and sell by the absolute bucketload. With two versions on the horizon, it'll ensure both Wii and budget Gamecube units get shifted, and it will undoubtedly be one of the biggest titles of the year. Twilight Princess is the first Zelda title to launch with a Nintendo console, and the sales power of the Zelda series will definitely show in Wii launch sales.

Meanwhile, on the phenomenally successful Nintendo DS console, The Legend of Zelda: The Phantom Hourglass is yet another Nintendo flagship title. For those not swayed to the DS by New Super Mario Bros or Brain Training, the prospect of an all new, original Zelda title is sure to be a major temptation. Meanwhile, Nintendo have some excellent other first party games on offer, with Fire Emblem and new Pokemon titles on the horizon, even offering kids an RPG fix. 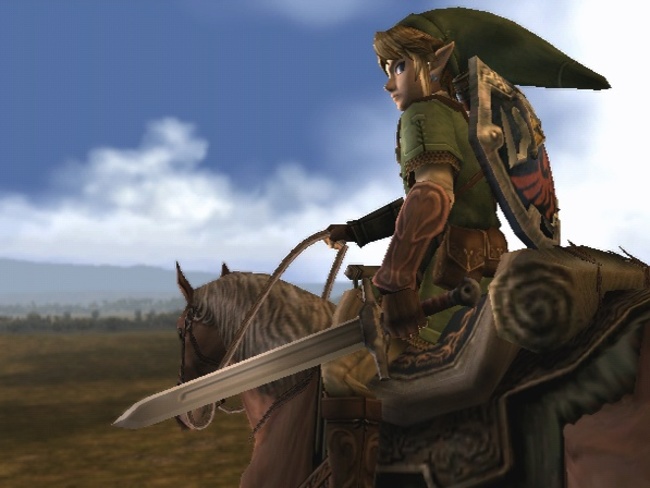 From the Third Party angle, Nintendo have a much better line-up this generation than they did on the Gamecube - a new Final Fantasy Crystal Chronicles, and a few Dragon Quest titles filling out the line-up at E3, with undoubtedly even more high-profile motion controlled RPGs to be announced in the future. For the Wii, this means worldwide appeal to RPG fans, with some of the biggest RPGs returning to Nintendo for the first time in years, having spent the last two Generations exclusively on Sony consoles.

Sony, meanwhile, has a similar offering to last year. Final Fantasy dominates the Sony RPG line-up, with Dragon Quest remaining a big player in Japan, but with a lesser influence in the West. Meanwhile, still from the kings of RPGs, Squaresoft, the suspected and more than likely inevitable continuation of the Kingdom Hearts series.

What remains to be seen is what cult RPG company Nippon Ichi, creators of such games as Makai Kingdom and Disgaea: Hour of Darkness will do - but all signs currently point to them staying with Sony, meaning sequels to these bestselling titles will remain on the Playstation consoles, beefing up their third party RPG support even further than it already is. Sony's RPG line-up will have a huge appeal in Japan, while outside Japan the Final Fantasy series will make the consoles sell like hot cakes. 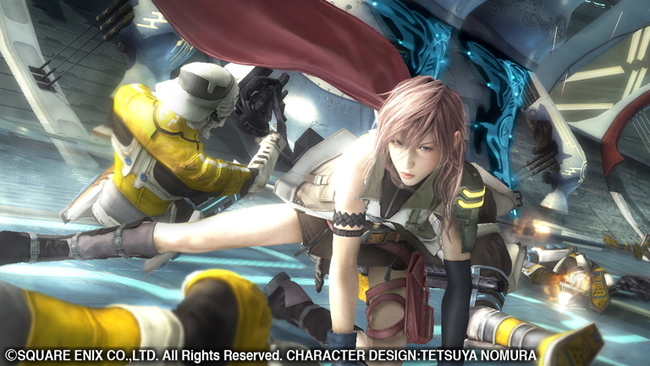 Microsoft is the grey area for RPG fans. Despite investing a lot of money in the videogame industry, Microsoft is yet to make any significant dent into the market of Japan. With the Xbox 360, Microsoft may well be heading in the right direction. MistWalker Studios, founded by Sakaguchi, the very creator of the Final Fantasy series has Lost Oddesy and Blue Dragon both on the way for the 360, giving the console are considerable trump card to boost Japanese sales.

Even Final Fantasy has made an appearance on the console already, and with the high price tag of the PS3, people are currently questioning if the series will appear on the 360 again. The Xbox remains the undisputed champion of WRPGs, or Western RPGs, with Fable leading the line-up, with top titles such as Bioshock and The Elder Scrolls: Oblivion adding to the line-up. 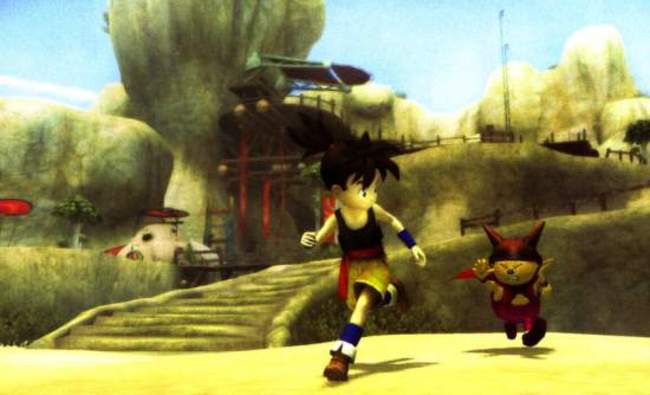 Microsoft pins their hopes on a Japanese-created RPG

Unfortunately for Microsoft, Western RPGs do not sell much at all in Japan. While their market share is expanding noticeably in the West, in Japan they remain non-entities to the juggernauts that are Sony and Nintendo, and they need to remedy this quickly. RPGs are definitely at the forefront of the Japanese gaming market, and without the Japanese Market, Microsoft cannot hope to achieve the dominance Sony has currently. The price of the PS3 is likely to effect where some of the major series' land later in this generation, but for now, Sony remain very much the company with the most impressive line-up of RPGs that will see the most games sell. While the appearances of Final Fantasy and Dragon Quest on the Wii is significant, the fact that they are spin-off titles from the main series means they will never sell as much as the main entries in the series.

I'm certainly no seer; just a videogames journalist trying to analyse the market, and right now, the market is extremely difficult to predict. It's safe to say that Nintendo are never going to steal Sony's crown as RPG Kings with the titles they have, and Microsoft are never going to do it either unless they widen their appeal to the Japanese market more. What is clear is that the Final Fantasy and Dragon Quest series' are both vitally important to the success of the PS3 - next to Metal Gear Solid 3, the most famous titles on offer.

There is no doubt about it - RPGs are huge. They've helped shape gaming in the past, and they certainly will again in the future. Regardless of if you like them or not, there's no denying the Power of the RPG.

RPG of the Year: Platform Breakdown