This is Waiting: The UK Public

by Mike Chittenden and Alex Donaldson on 28 September, 2006

The words "$599 US Dollars" have now become immortal in internet geekdom. Right up there with classic movie phrases and All Your Base Are Belong to Us, Kaz Hirai's almost casual manner as he announced what everybody found to be a shocking price point will be remembered for a long time yet. Many gamers were disappointed, message boards everywhere set ablaze as many fanboys swore to cast aside their Sony loyalty and head over to Nintendo or Microsoft thanks to the high price point.

The second bombshell rocked European gamers. Not only was Europe getting shafted on the price (Since when did $599 = €599?) but it was revealed that European gamers wouldn't be able to get their hands on the Playstation 3 console until the end of the first quarter of 2007.

Thanks to shortages in components for the system, Sony had left many out in the cold. Now as the holiday season approaches, we take to the streets of good old Blighty to see if many of the public will be waiting for the PS3, or if they'll instead be looking at the Wii or 360, and asking those members of the public that don't game if they would ever spend €425 on a games console.

The first person I encountered was a guy named James, who was exiting HMV with a couple of PS2 games. Spotting the games, I figured he was a good starting point, stopped him, and asked him his thoughts. "No way! No!" was his immediate response -- which was hardly the best sign. "Really?" he asks. Honestly, I'm surprised that he doesn't already know -- the PS3 delay was covered on several major news networks here on Prime Time TV as well as the newspapers. I confirm it to him. "Well, that really sucks.." he sighs, "I'm really looking forward to... well, a few of the games and the system in general... everybody plays Playstation, man." he says.

Next up, I ask him his thoughts on the high price point. "Well, it's a sophisticated piece of kit, isn't it?" he shrugs. I tell him the Wii will be only €180. "Well, Nintendo's for kids, but it's worth it for Playstation. You know what you're getting with them. No kiddie crap, no windows crap... you know what I mean?"

I know what he means all too well. Sony have stated on numerous occasions that they are confident they could sell the PS3 on brand name alone, and James is living proof of this. He didn't seem too bothered about the price -- more the delay. I got the impression that he would pay anything to get his hands on the PS3.

Next up, a couple of parents. Lurking around GAME waiting to talk to some of the lads who work there for this article, I spot a middle aged couple who appear to be struggling to find what they're after. Their son wants a few games for his birthday, but they've no idea what to buy him. I give them a hand -- their son has a PS2 -- and then begin talking to them about the PS3. "Well, they'll sell less if it doesn't come out for Christmas," says the dad. I nod, but decide not to inform them that thanks to shortages the console will sell out anyway.

When they hear the price, the pair both seem to be somewhat put off by it. "That's a lot of money, you could spend that on anything... and a lot of children are going to want it and their parents aren't going to be able to afford it." I ask them if they would buy their son a PS3 at this price. "Not a chance," says the dad, "I play games a bit myself, but that's far too much money to spend on a games machine. Besides, we've heard about this Nintendo thing, and he seems a bit interested in that.." That's told us, then. I spoke to two other parents during the course of the day -- one of whom said they would "reluctantly" buy the PS3 for their child, while the other downright said it was an impossibility.

Next, in the same store I catch an absolutely gigantic guy named Tim and his comparatively shorter friend Ahmed looking at the PS3 display in the store, reading the now-defunct Pre-order information that was set for the Christmas date. I approach them, introduce myself, and pop the question... not that question, but what they think of the PS3 delay.

"Well, it's gotta be done, if the thing ain't ready it ain't ready," Ahmed shrugs, chewing his gum. I tell him that the console is in fact ready, but they just can't make enough for us to get it, so only Japan and America is. "Oh," Ahmed muses, a little disappointed. "Still, I don't mind. It's gonna rock anyway. Xbox games are too expensive; They're like £60 a game." I tell him the PS3 is likely to be the most expensive console in every way -- for the console, and for the games, too. I tell him the price.

"Well I suppose that's okay. I'll pay whatever" he says, "Metal Gear Solid and Grand Theft Auto and stuff, gotta have 'em." Tim's not so impressed. "Forget that," he shrugs, much to my surprise. "I'll pass. The Xbox looks quite good and it's out right now. Oh, and GTA 4 is gonna be on the Xbox, too." he tells Ahmed. This guy seems to know his stuff. "I wasn't so sure about the motion sensing controller... gyroscope, I mean," he corrects himself, "But couple in the fact that it's delayed and that price tag and I just can't be bothered. I'll probably get an Xbox this Christmas."

I was quite surprised by this, but time was running short and I had to press on and get enough quotes to make a full-sized article. Finally, the guys who work in the videogame store were ready to answer my questions -- we'd hit a quiet period of the day, and the store was empty. I ask Mike, the store's manager to give me his sell on the console -- try to sell me it as if I'm a regular customer.

"425 pounds might seem a lot at first, but you have to consider what you're getting." he starts, "Obviously, you're getting a next-generation machine that is from the reliable and proven company that is Sony. You're getting the console, a wireless controller, a 60 gig hard drive -- no more memory cards -- a free online service and it can output in High Definition. Naturally you get access to all their exclusive games and all the others that appear on the PS3 as well as other systems. You can play Grand Theft Auto, Devil May Cry, Final Fantasy... Metal Gear Solid... Also, the controller has all new motion sensing technology, a bit like the Nintendo Wii. It means in driving games you could just tilt the controller to steer, or if you're uncomfortable with that you can just do the regular method of using the joystick. Finally, the PS3 is also a next-generation DVD player out of the box. It can play BluRay movies at no extra cost -- and BluRay players are usually over a thousand pounds, so it's a steal."

I'm quite shocked by his sell -- it's much better than I expected. He basically gives a good synopsis of the PS3 without mentioning anything negative. My next question's simple -- did this sell any PS3 Pre-Orders before the delay? "Oh yes," he says, nodding, "I think the price point is... yeah, an obstacle. But it can be passed. You just have to convince the customer that it's worth the money and they're getting value for money." But is he going to pick up the PS3 himself? Is he convinced? "Not in the slightest," he laughs, "All I do is tell them what it can do, but myself, I don't think £425 is worth it and I'm not really interested in BluRay until DVD really starts to die. So even for all the exclusive games, I won't buy it. I have a 360, I have two kids and I'll get a Wii for them at Christmas, and I'm happy with those."

Another employee, Chris, has a different outlook. "Personally, I think the PS3's going to be must-have. There's gonna be games on it you want to play. It's that simple. I'm going to buy one, just not straight away. I'll buy one in a year or two, when the price is down and this gen is starting to die -- I get it cheaper, and I get to play all the great exclusives I missed while playing my 360 and my Wii. And, you never know -- if BluRay wins the format war, it may still be the cheapest BluRay player around."

What of the people in store? How have customers on a whole reacted to the delay and pricing? "I can safely say that regardless of our attempts to stop it... since that's our job -- about a third of the people who 'registered interest' cancelled their interest when we called them up with the new information on the price. I did those phone calls and a lot were stunned and just simply said they weren't interested. Some came in weeks later and bought Xbox 360s, which was even more shocking." I ask about the delay -- did many react badly to that? "Not so much. I think there were two guys who said that pretty much combined with the price caused them to forget it. But only two guys."

So there you have it. The public it seems is split down the middle. Some gamers, bought into gaming by the PS1, continuing on with the PS2 and having never touched another console in their lives are quite happy to wait, and pay the extra money so long as they get the latest piece of kit with "Playstation" on the hood. Others however were upset by the delay and even more upset by the pricing and have ran -- or intend to run straight into the arms of Sony's competitors.

I'd like to thank everybody who spoke to me on that day for giving me an interesting insight into the public opinion of this controversial issue in gaming. I hope it's been just as insightful for you guys, and I'll be bringing you more interviews from the streets in just a few days time -- next time about the Wii's motion sensing controller.

Post to TwitterPost to FacebookPost to RedditPost to Tumblr
Enjoyed this article? Share it!
In this article
PlayStation 3 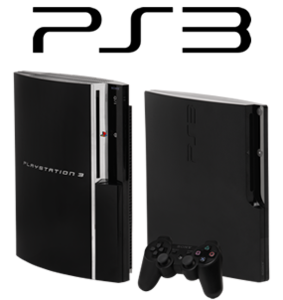