Gust reveals their next Atelier project

The team over at Gust has announced their next title - one that will fall in line with the rest of the Dusk series following on from Ayesha and Escha & Logy. Mysteriously, the team are currently only referrring to the new project by an enigmatic codename - "Project A16". This in spite of the company releasing some video footage to accompany their announcement!

In the video, it appears that the severe drought the lands have been suffering from is becoming a widespread crisis. We see our heroine, who is to be voiced by Kotori Koiwai, standing next to a solitary tree in a very barren-looking desert landscape. The skeletons of the local wildlife, evidently not as lucky as her, are strewn across the ground. Things look grim - though there is a glimpse of at least some fresh vegetation, so it appears not all is lost. Check out the video for yourself below.

Gust also confirmed that Hidari, who worked on the previous two games, will once again be handling character design work. More information will be shared on the March 26th issue of Japanese gaming magazine Dengeki Playstation. Thanks, Siliconera. 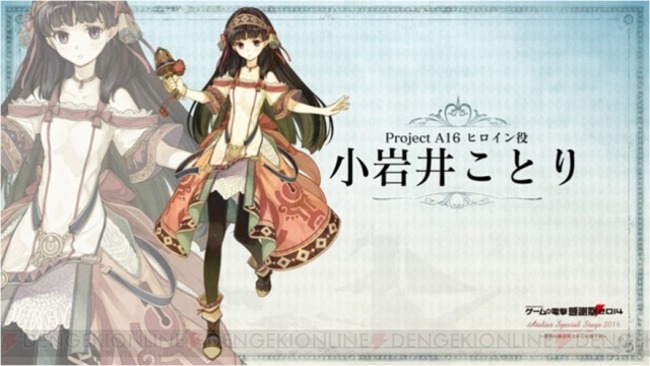 The A16 project has been revealed as Atelier Shallie: Alchemists of the Dusk Sea

Atelier Shallie Plus
Atelier Lydie & Suelle: The Alchemists and the Mysterious Paintings
Atelier Escha & Logy: Alchemists of the Dusk Sky
Atelier Ayesha: The Alchemist of Dusk
Nelke & the Legendary Alchemists: Ateliers of the New World