Following yesterday's tease, it has been revealed that Shin Megami Tensei Nocturne is releasing later today on the North American PlayStation network. It will be available for $9.99. With the first Devil Summoner Raidou title, Persona 4, and now this releasing in recent weeks, will we see more classic Shin Megami Tensei titles make their way to PSN? 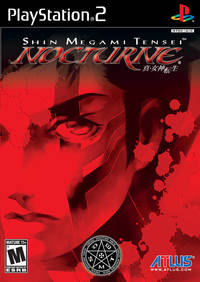