NIS America's sidescroller brawler Battle Princess of Arcadias releases today in North America on PlayStation 3 as a digtally exclusive game. It should be up on European PlayStaiton Network sometime tomorrow. NISA also released a final batch of screenshots which you can check out below. 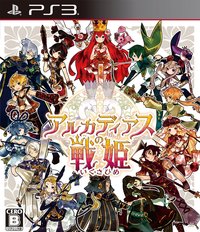