You can go on dates in Shining Resonance

Sega has released a few more details and screenshots for Shining Resonance. A new character is introduced - Excella Noah Aura - princess of the Empire in league with Beowulf, and possesses 3 dragons under her control.

A few more tidbits on battle mechanics were also shared. During battle, sometimes a "Resonance" will occur between characters, where they will pair up to support each other when fighting. The probability of certain Resonances triggering is dependant on actions in combat as well as Yuma's affinity with each character.

There are also screenshots showing Night Events where Yuma can go on what are effectively 'dates' with the other characters (of both genders!). This will allow Yuma to strengthen his bonds with other party members.

Shining Resonance  releases on PlayStation 3 in Japan this December. 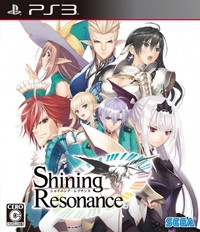