Sega has revealed the launch details for the PC release Valkyria Chronicles, announced to release on November 11th for £14.99/€19.99/$19.99. All the dowloadable content from the PlayStation 3 version of the game will be included:

Sega is promising support for 1080p and higher resolutions as well as 60fps framerate for the title. Like the PS3 version, both Japanese and English audio will also be available.

Pre-purchases will save you 10% off the price. You can check out the Steam page here. 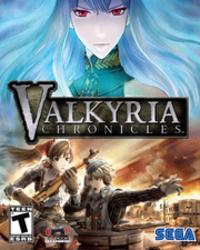