Square Enix have released the artwork that'll be gracing the cover of their latest Nintendo-based Final Fantasy effort The Crystal Bearers over in Japan - and we have to say, it's some of the best boxart the Final Fantasy series has ever produced.

Check it out below, and let us know what you think of the art in our comments section! 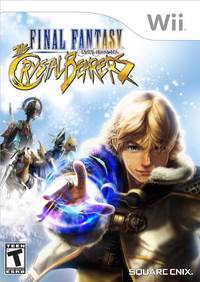