The scenery is what we've seen in trailers an scans recently, a roadside encounter with soldiers. Noctis is shown wielding a spear and he can parry enemy attacks with proper timing. You can also teleport Noctis around the battlefield to avoid damage. 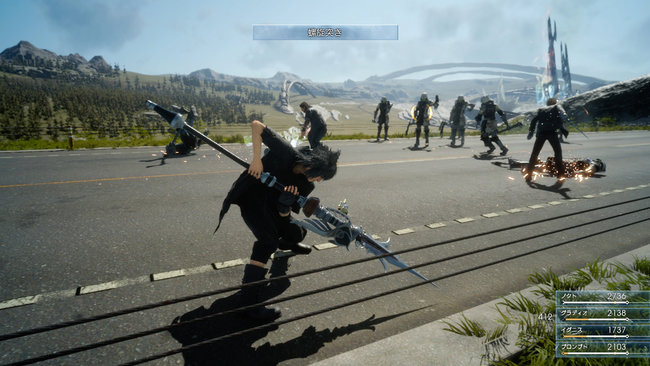 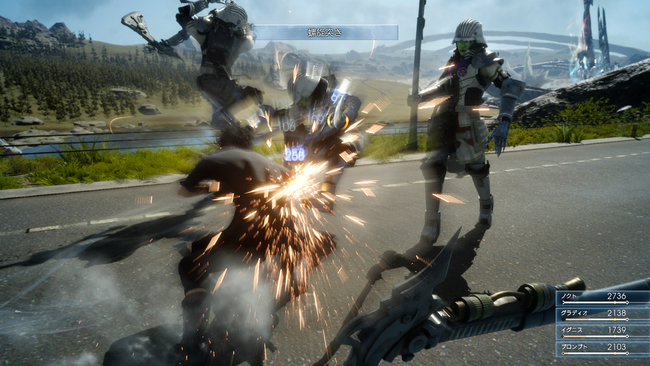 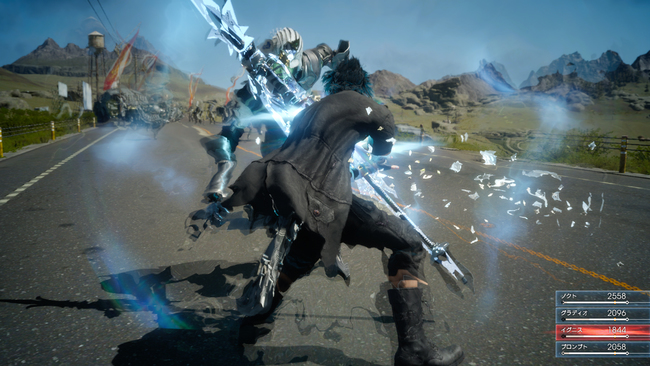 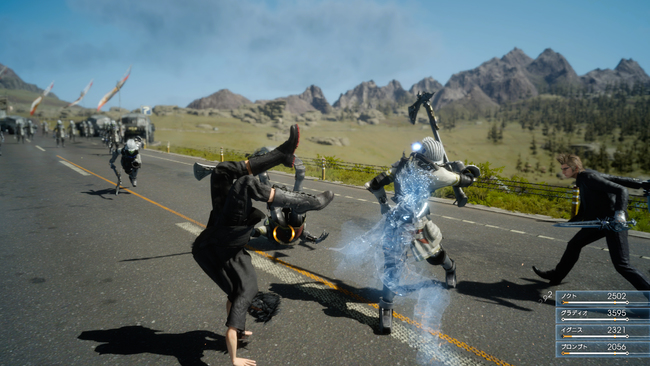 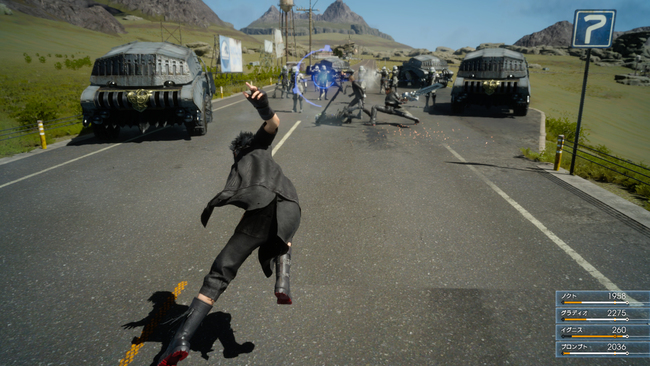 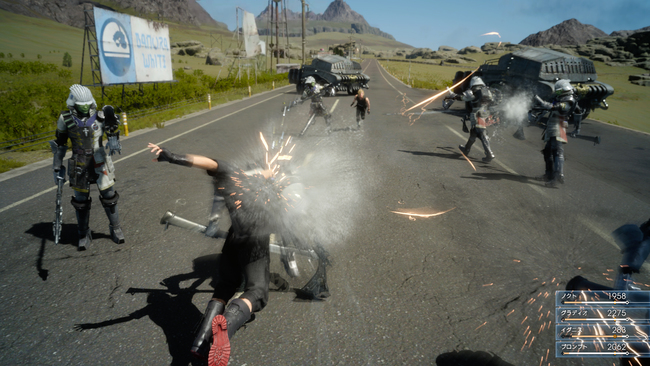 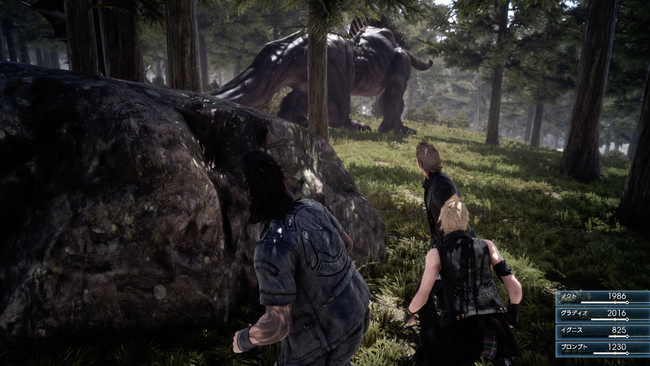