2K confirm Gearbox are at work on Borderlands 3

Borderlands series creators Gearbox are working on a full-blown sequel for the PlayStation 4 and Xbox One series publisher 2K has confirmed during their third quarter earnings call today.

While the comments made on the game that'll be the third 'full' Borderlands title were scant, 2K confirmed that the title is to be built "specifically for next-gen," referring to current consoles and presumably PC. No comment was made about any intended release window for the game - so it's possible we may well see it at one of this year's trade shows.

We'll have a full review of The Handsome Collection next month, and will continue to bring news updates about this new title as they arrive, so stick with us! 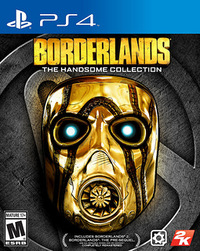