Persona 5 news seems to be upon us, according to a large teaser Atlus published today in Japanese newspaper Yomiuri Shinbun. The ad - which we've included below - features a character wearing a mask along with the words "Notice: Tonight I will appear at Nippon Budokan" and is signed by "The Phantom" in a somewhat cliche ransom note fashion. The lower left portion of the advertisement reads "Persona 5, begins."

Nippon Budokan is the venue where the Persona Super Live concert is to take place. Atlus will be holding an unannounced live event tomorrow morning at 7AM EST where it's likely we'll be seeing the game in action since its resurfacing back in September. Persona 5 is currently planned to launch for both PlayStation 3 and PlayStation 4 in Japan some time this year. 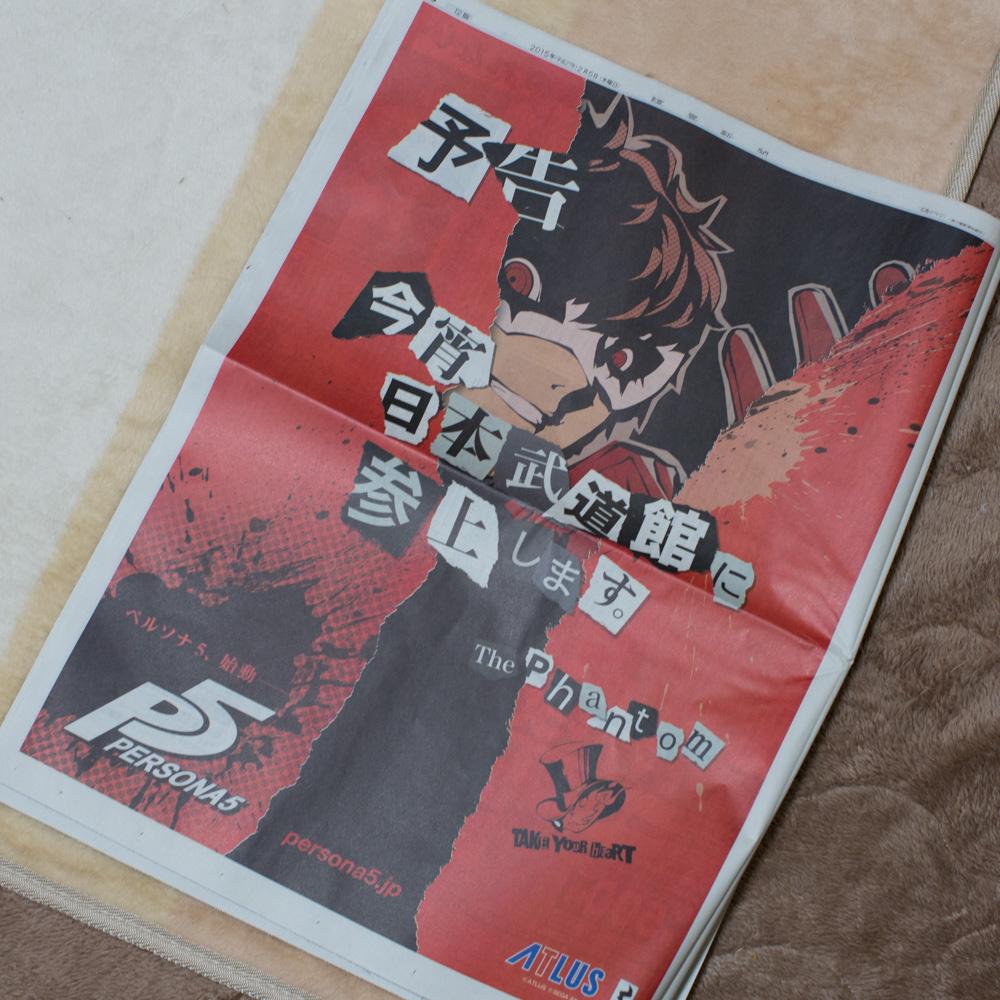 Advertisement. Keep scrolling for more
Post to TwitterPost to FacebookPost to RedditPost to Tumblr
Enjoyed this article? Share it!
In this article
Persona 5