Construct your own base in Fire Emblem If's "My Castle" system 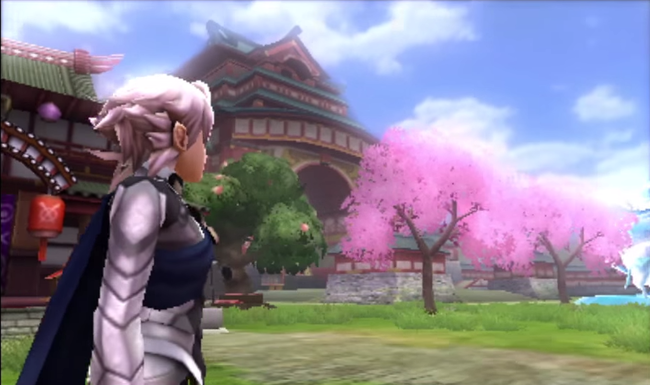 The latest Nintendo Direct introduced a brand-new feature coming in Fire Emblem If - My Castle.

My Castle is essentially the home base that players will invest their time into when not engaging in combat. Players can roam around freely inside their own castle and can zoom in at any time to get a closer look at buildings and other structures.

Resource gathering is the first key function of My Castle. Certain areas, such as a field of crops or a pile of rocks, may yield ingredients and gems respectively. These items are needed to utilize other aspects of My Castle.

Plus, players will be able to create new buildings with the freedom to choose where they'll be located. Shops will be managed by allies the player has recruited and can also be leveled up to sell higher quality equipment. In the video down below, it shows off Rinka running the weapon shop. Also, an accessory shop can be built to craft equipment that will show up on the player's Avatar.

Other areas of interest are explored as well. The restaurant, maintained by Felicia, can provide buffs to allies before battle. It can also provide debuffs if the food is poorly prepared. Furthermore, the arena allows players to fight other units for the chance to earn rewards. Players can also test their luck at a lottery wheel to win new gear. Various allies will appear all over My Castle once you've recruited them. Talk to them to learn more about them or if a player prefers a more intimate atmosphere, they can visit the bathhouse to interact with characters there.

Another aspect of My Castle lies in Lilith's Shrine. This little creature can be fed to level it up though the benefits of doing so are shrouded in mystery for the time being.

My Castle also includes an additional optional mechanic - My Room. Players can choose to deepen their bonds with any ally, whether male or female, by calling the specified character to his or her room. Using the 3DS's bottom screen, players can use the touchpad to interact with the summoned ally face-to-face.

Furthermore, StreetPass features have been implemented into My Castle. If StreetPass is on, Avatars from other players will appear in a player's castle. Speaking with them grants players the opportunity to visit other players' castles.

Lastly, amiibo support in Fire Emblem If comes in the form of iconic characters that can be recruited into the player's army. If the Marth, Ike, Robin, or Lucina amiibos are used, they will appear in My Castle. Challenge them to a fight and emerge triumphant to enlist them into your combat forces.

Check out the newest footage of the game showcasing the My Castle system in action.

Fire Emblem If is coming to Japan on June 25 for the Nintendo 3DS. It is planned for a North American and European launch next year.