See the beginning of Yoru no Nai Kuni with new screenshots 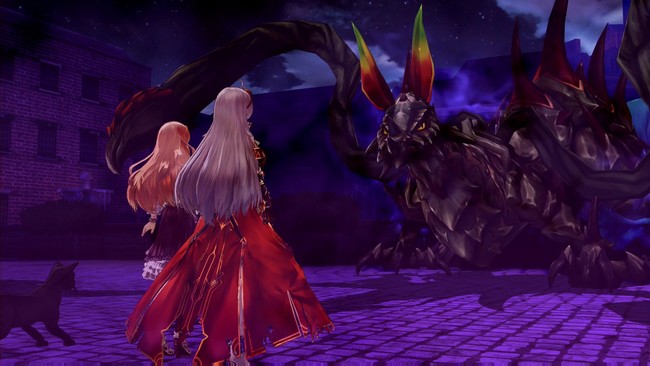 Both publications describe how Arnas happily meets up with Lyuritis upon her arrival to Rusewall Island. Unfortunately, their encounter is cut short as a Jayou snatches away Lyuritis. With the help of Simon, Arnas is able to locate the Jayou that kidnapped her childhood friend.

In order to defeat the powerful Jayou, Arnas awakens to her new power, the power to transform her blood into a weapon. After rescuing Lyuritis, the truth behind their encounter is revealed. 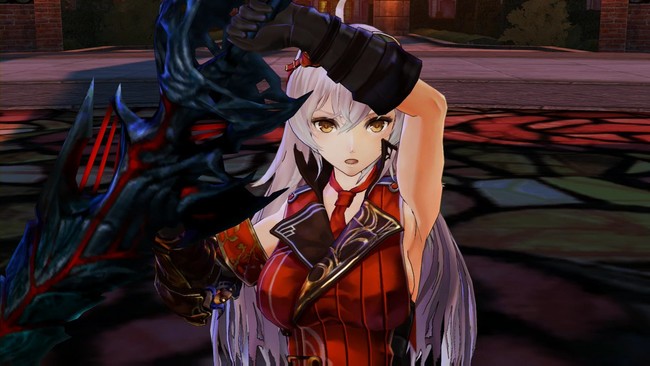 Lyuritis is the chosen saint that is destined to sacrifice herself to save the inhabitants of Rusewall Island and Arnas is her knight to make sure she sees it through. Plus, the holy organization that Arnas works for is always watching and making sure that Arnas does not deviate from her duty.

It is up to Arnas to decide whether the life of Lyuritis or the life of Rusewall Island's citizens are more important.

Several combat formations are detailed. Four preset groups of four Servans can be chosen to change up Arnas's strategy quickly in the battlefield. Various parties handle certain situations better than others. 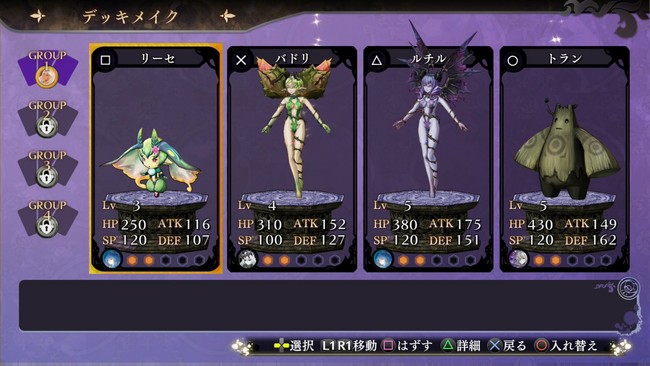 If players want to go into the frontlines with Arnas, 3 Support Servans and 1 Defender Servan will accompany that style well. 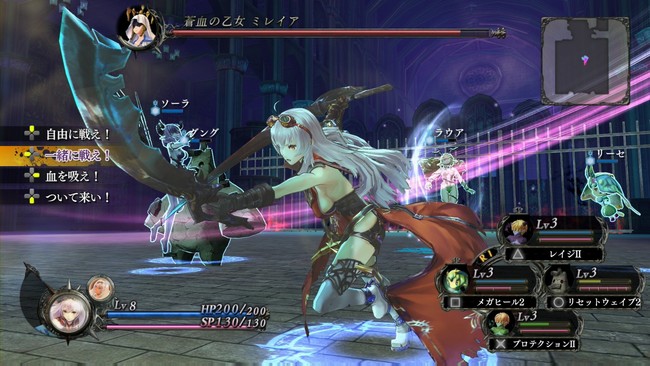 On the other hand, a well-balanced formation consisting of 2 Support Servans, 1 Defender Servan, and 1 Attacker Servan can help cover all aspects of battle decently. 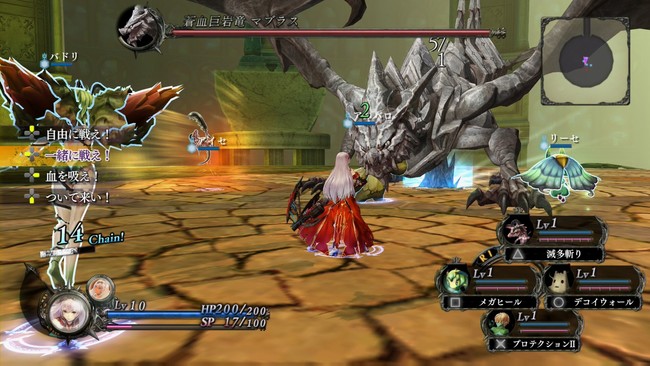 Players can also engage battles with a more extreme approach by equipping 4 Attacker Servans or 4 Tricky Servans to take down foes as fast as possible. 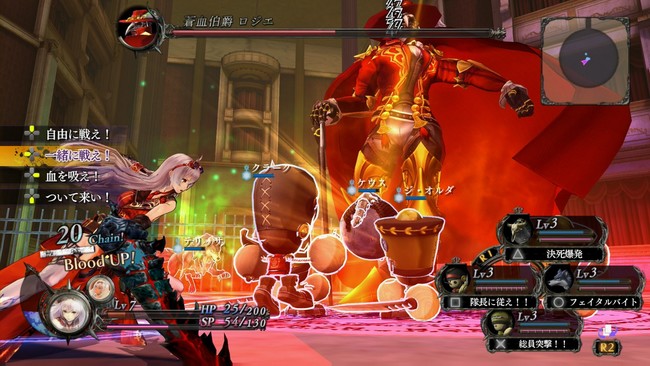 Servans level up as they defeat more and more enemies. They'll be able to learn various abilities and some of them can even evolve which changes their entire form and size.

Arnas herself levels up in a different manner. She must offer up blood she has collected in combat to the magic sword, Yorudo, whom she meets near the beginning of the game. Leveling up raises her stats and allows her to learn devastating skills. 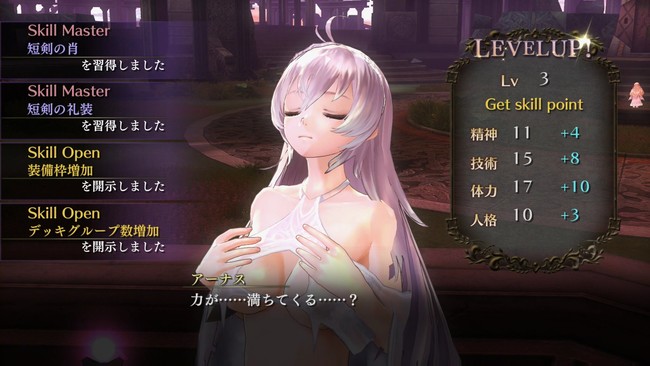 Several contents of Yoru no Nai Kuni's Premium Box have been shown off as well. These include the cover of the Official Visual Book, the two-disc OST, the special Arnas 3D card, and a teaser for the Arnas bathroom poster. 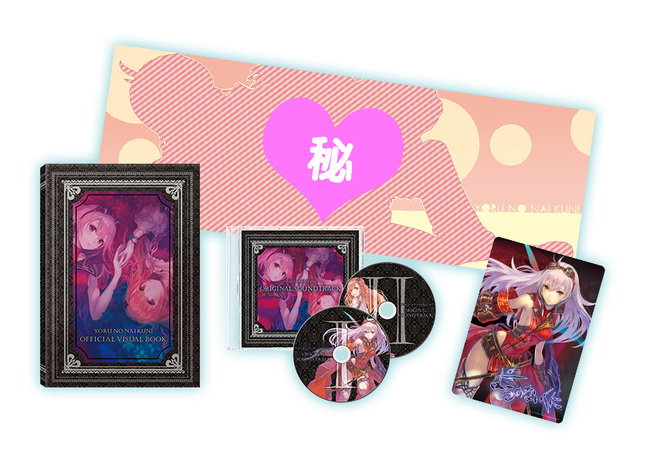 Check the gallery down below for a lot more screenshots and artwork of this beautiful RPG.

Here is the debut trailer for Yoru no Nai Kuni