The newest update of the official site for Extreme Dimension Tag Blanc + Neptune VS Zombie Army gives viewers a first-look at direct-feed screenshots for the upcoming Vita title.

Plus, the official site has added artwork for the CPU candidates - Nepgear, Uni, Rom, and Ram - who were initially revealed to be playable in last week's Dengeki Playstation issue. 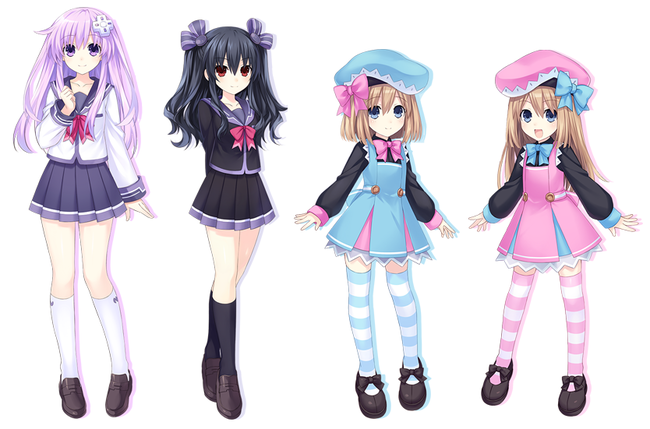 Also, a few tidbits of story information highlight that the four main CPU goddesses are all Seniors in high school while Nepgear and Uni are in middle school & Rom and Ram are in primary school. All the characters outside of Noire and Vert are affiliated with the film studies group; Noire is the student council vice president of the school while Vert is the student council president.

More details on the game's plot and its first trailer can be found here. Check the gallery below for a look at artwork for the characters and the first screenshots of it. 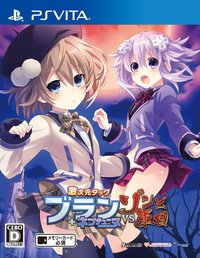