Discover the Midgand Sacred Kingdom in Tales of Berseria

Brand new direct-feed screenshots have been unveiled at the official website for Tales of Berseria. Several details of the RPG's world and main character, Velvet, are detailed.

World Setting - Enter the world of the Midgand Sacred Kingdom

Tales of Berseria takes players into the land of Midgand Sacred Kingdom. Divided into territories, the kingdom's various landscapes and islands all feature unique climates though the stark contrast between the northern and southern sections are especially extreme.

Cultural differences play a significant role in how a territory's civilization adapts to the conditions of their surrounding environment; building structures and lifestyles alter from place to place as a direct result of different climates. The northern region, for instance, has only been getting more chilly over the years and towns have been getting more accustomed to being buried in snow. 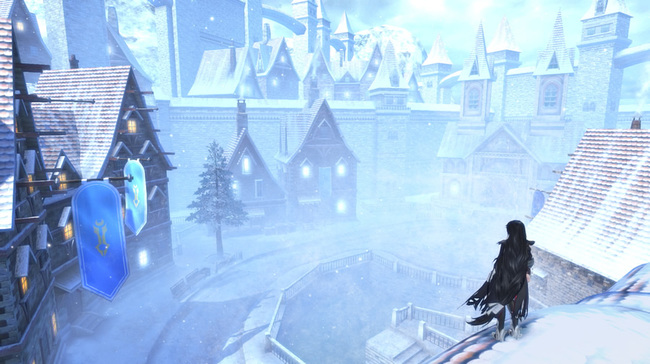 Thus, trading throughout the Midgand Sacred Kingdom is now more important than ever. Exchanging tools and supplies are primarily carried out through ships. Naval travel and ship construction have made significant enhancements to maximize the efficiency of trading overtime.

Not everything is smooth sailing though as sailors are pushed to use predetermined trade routes due to unfavorable weather conditions and ocean currents on a frequent basis. Therefore, pirates are taking advantage of this predicament and strive to loot trade ships whenever they can.

With leaves falling in autumn, snow raining from the sky in winter, or beaches welcomed by the scorching sun in summer, Tales of Berseria aims to be the most environmentally diverse Tales entry yet.

Meet the next Tales protagonist, Velvet 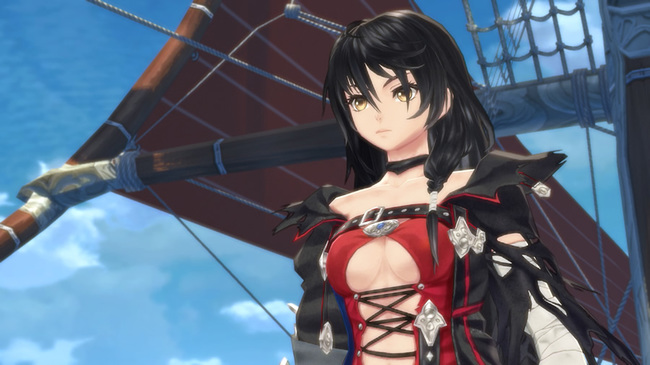 Once a joyful girl with an endearing fondness for her family, Velvet's smile is now almost entirely gone all due to a life-changing incident three years prior to the game.

Lingering feelings of hatred swell within her and the kind girl that was once within her has nearly faded away. Soon, her existence will leave an impact on the entire world in Tales of Berseria.

Come check out the gallery below for more screenshots of the next main entry in the Tales franchise.

Tales of Berseria Artwork and Screenshots

Tales of Berseria will have an important edit in the West