Nintendo's long-time president Satoru Iwata has died at the age of 55, the company announced via press release.

"Nintendo Co., Ltd. deeply regrets to announce that President Satoru Iwata passed away on July 11, 2015 due to a bile duct growth," the short statement reads.

Elevated to the position of President in 2002, Mr. Iwata was behind the launch of the industry-altering Wii console, but also oversaw machines including the Nintendo DS family of handhelds, the Wii U, and a plethora of games. 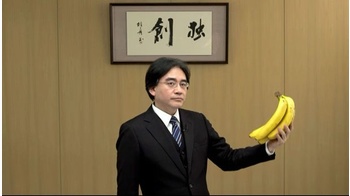 The imapct of Iwata - from the games and machines he helped to create to fans of his fun-filled public image as CEO - cannot be understated.
Most recently he masterminded the hugely successful Amiibo line of figures and negotiated a major deal with DeNA to bring Nintendo properties to smart phones for the first time ever - an act that will likely form a major part of Iwata's legacy and Nintendo's future in the coming years.

Prior to taking the role of President, Iwata was a prolific figure within Nintendo's development community. Unlike many major figures in the business, Iwata's career at Nintendo began as a fan of the business. As a student he would play games and associate with Tokyo's gaming elite, and many of those figures went on to join Iwata at HAL Laboratories, a key Nintendo development house.

One of the first major credits to Iwata's name will be one familiar to RPG Site readers - as Director of the North American release of Dragon Quest - then called Dragon Warrior abroad. Drafted to manage the US release of the project after Enix lacked the resources to do it alone, it was the first major bullet point in the West on what would become an incredibly impressive resume.

Iwata would then go on to contribute to major titles for Nintendo in a big way - Balloon Fight, the Kirby Series, Earthbound, Smash Bros and Pokemon all bear his fingerprints, to name a few. Famously, Iwata led a full re-code that turned Earthbound from a buggy mess into the title we know today, coded the battle software for Nintendo 64's Pokemon Stadium in one week, and was also the man responsible for the compression that allowed Pokemon Gold and Silver to not just feature one overworld, but two. Even after becoming the President of HAL, he remained deeply involved in actual development.

These accomplishments perfectly embody what made Iwata so effective; he was a brilliant organizer and a brilliant programmer both - but also, above all, he was a gamer - he was 'one of us'.

"On my business card, I am a corporate president. In my mind, I am a game developer. But in my heart, I am a gamer."
- Satoru Iwata
This made him a natural choice of successor for revolutionary Nintendo boss Hiroshi Yamauchi (1927-2013) despite the fact that appointing him would buck a three-generation trend of Yamauchi family blood being at the top of the company.

Iwata's appointment to Nintendo's top role came at a difficult time, with the GameCube struggling against one rival more populist and another more powerful. His careful direction led the company into bold new areas of business, his choice to differentiate Nintendo from the hardware power arms race one that would ultimately have industry-shaking repercussions with the introduction of the accessible, motion control focused Wii.

The ensuing years were some of Nintendo's best - and through more recent challenges, Iwata has been a stalwart staple working on new ways for Nintendo to stand out from the crowd once more.

While the Wii's astronomical success wasn't maintained by the company, what cannot be understated is the power of Iwata's early tenure. The end of the Yamauchi era could have spelled the end for the company, or a drastic shift in focus.

Iwata proved he was the right man for the job - perhaps the only man - in somehow managing to preserve the development culture that made Nintendo one of the most magical companies on the planet, producing products that simply make people happy. That approach and culture is now hopefully secure and ensured - and that is thanks to this man. 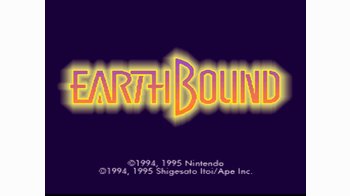 Earthbound is just one of many classic titles that Iwata was key in creating.
Last year Iwata skipped E3, making clear in a honest announcement that he was undergoing treatment for a serious illness. What makes his death so shocking all the same is how sudden it feels; after treatment he was back at work doing the job he clearly loved dearly, and was visibly around and working hard at Nintendo as recently as the end of last month, where he chaired an Investor meeting. At just 55, we can all agree it is also no age to go, especially for somebody so talented.

It's doubtless true that if you are reading this website your life has been touched in some way by the work of Satoru Iwata. Maybe you played Dragon Warrior or Earthbound as a child, or perhaps you experienced titles he helped to oversee like Pokemon or later Fire Emblem titles. If not that, you've undoubtedly experienced excitement and joy through one of the machines he helped shepard to market. This is a word too often banded about unfairly, but it's true: He was a legend.

With an effusive passion for games and its audience, Iwata was a very public CEO, and much of the passionate response with which today's news is met with is thanks to that. Even if he had been more private, however, his contribution to our lives would warrant the same response - it is immeasurably large. The fact this laughing, passionate, joyful man also represented everything that is best about Nintendo in his manner is merely the fitting, and now deeply sad, finishing touch.

Today tributes from all corners of the video game industry and community pour in and flags at Nintendo's Headquarters fly at half-mast. This is appropriate - but perhaps the best thing you can do today, the thing that would make Iwata happiest - is to go and have some fun with games.

After all, "Video games are meant to be just one thing," he once said. "Fun. Fun for everyone."

Rest in Peace, Mr. Iwata. Thank you for everything.