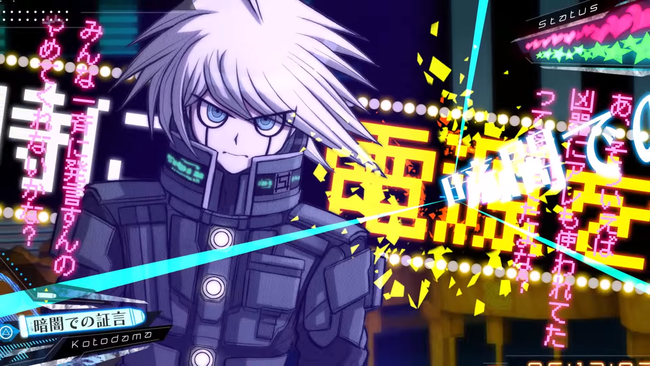 After months of waiting following its Tokyo Game Show announcement, Spike Chunsoft has finally revealed the first footage for the sequel to DanganRonpa 2 (our pick as last year's Best Tangential game).

Translated out to be "New Danganronpa V3: Everyone’s New Semester of Killing", the story is set in the "Gifted Inmates Academy" which obviously sets a radical departure from the previous games that took place at a school and a resort beach. This will follow a completely new plotline with new characters, its only connection to the series being the mascot Monokuma. We can see at least see what the newest Naegi looks like - and he looks like a robot?

The game will still feature many of the same gameplay elements of exploration, investigation, and class trials. Take a look at the trailer below along with some important shots from the video in the following gallery.

New DanganRonpa V3 is set to be released next year for the PlayStation 4 and PlayStation Vita.

You can visit the official DanganRonpa 2016 website here. Thank you to Gematsu for the translation.