Today, MTV got the scoop on who would be handed the heavy responsibliy of scripting the upcoming World of Warcraft movie, and it has been revealed to be Robert Rodat, screenwriter behind classics such as Saving Private Ryan and The Patriot.

The information came courtesy of  Sam Raimi, the movie's director.

“We want to be really faithful to the game…to the Horde and the Alliance and the mythology that takes place in the game, and the archetypes that the game presents. I think we would try and find touchstones within the game to make it accurate and true and choose one or some of the lands that are portrayed in the game with as much accuracy and authenticity as possible.

“But we would have our writer, Robert Rodat, really craft an original story within that world that feels like a ‘World of WarCraft’ adventure. Only obviously it’s very different ’cause it’s expanded and translated into the world of a motion picture.” 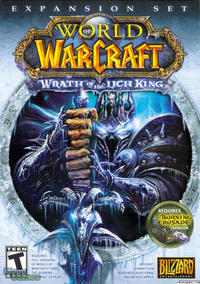