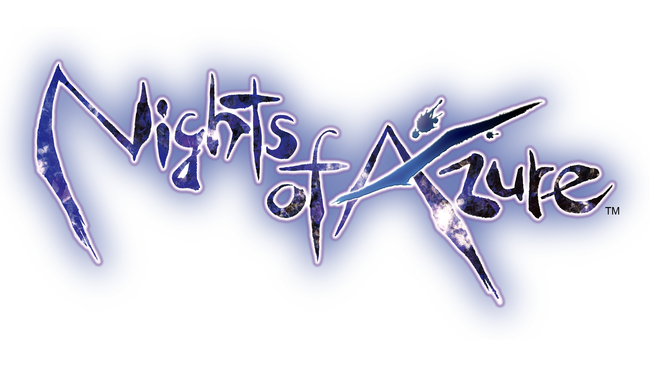 Koei Tecmo has provided some information regarding weapons and NPC characters for Nights of Azure - the upcoming action RPG from Gust (Atelier series). You can find the English character profiles for Arnice and Lilysse here.

Find the press release from Koei Tecmo below, and some character art & English screenshots in the gallery. Nights of Azure is set to release for PlayStation 4 on March 29th in North America and April 1st in Europe 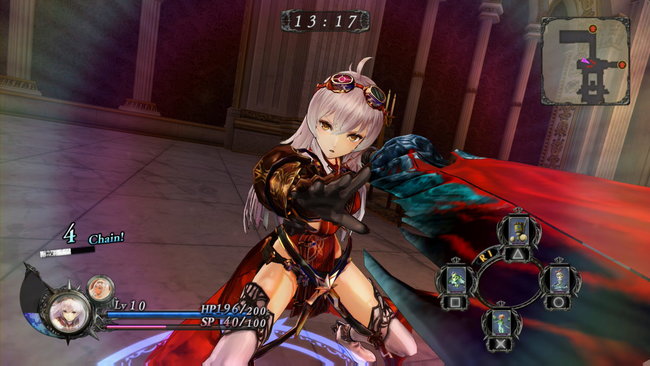 In Nights of Azure the player controls Arnice, a member of a knightly order called ‘Curia’, tasked with protecting humanity from the azure-blooded demons that surface during night time. Unlike previous Gust titles, the protagonist has a very active role in the real-time battle system.

Arnice takes on her task armed with a variety of impressive weapons ranging from a simple sword to a long-range gun with special healing abilities. She gradually becomes proficient with five types of weapons, including a battle hammer that deals area damage, a dagger that causes a bleeding effect, and a longsword that drains her enemies’ blood to increase attack bonuses! 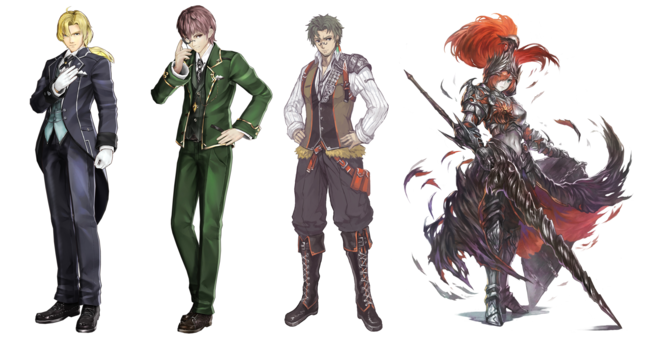 Koei Tecmo also released information on the cast of colourful characters that surround Arnice while she strives to complete her quest!  Three of the key human NPC characters frequent the hotel Arnice uses as a base:

Simon, the hotel manager who has a strange connection to the Curia, Professor Alucard, a shady doctor who always tries to provoke Arnice, and Lloyd, a scavenger and merchant who trades at the hotel cafè. Arnice also regularly visits the art museum to see Corinne, an elder knight of the Curia who often offers Arnice valuable advice. 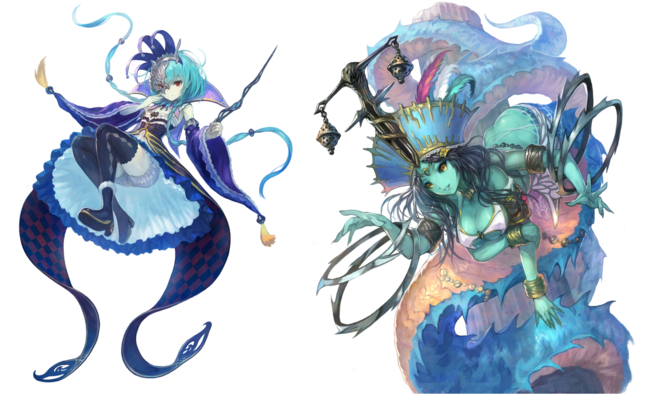 However the kingdom of Ruswal is also home to curious beings, like Christophorus, a pure blooded, mask-wearing, demon who lives in the Opera House and shows up to give our protagonist advice at seemingly random moments.

Mistral is another pure blooded demon that poses no threat to humans. Fashionable and fascinating she lives at the Palace and seems to have given up her quest of finding the ‘soul of the Nightlord’- the demon overlord.

Strange and intriguing, this unlikely band of comrades will all play their part in sealing Arnice’s fate as she untwines the threads of her dark destiny.

Nights of Azure - English character profiles for Arnice and Lilysse