Valkyrie Chronicles Remastered (PS4) is now available in Japan, and with it, the first demo for Valkyria: Azure Revolution. Sega has posted a two part gameplay walkthrough for the demo, alongside a set of screenshots.

In addition, we also are introduced to some new characters. These three are members of the elite Vanargand unit, which use powerful Ragnite arts and weapons. Brigette Ulrich is a sergeant of the squad with a serious demeanor, specializing in riflery. Blum Thomasson and Helena Anderson are friends who joined the Vanargand at the same time. Blum wields a staff while Helena uses a large greatsword. 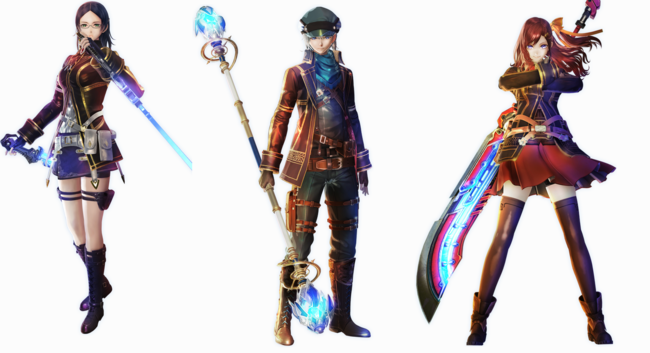 (individual renders in the gallery)

Valkyria Azure Revolution is set to release in Japan in Winter 2016 for PlayStation 4. A second Japanese demo is expected sometime this summer.