Nintendo has announced that classic games from the Super Nintendo Entertainment System, arguably one of the greatest game machines of all time, are to head to the New Nintendo 3DS in a new expansion of their successful Virtual Console system.

The titles will only be available to owners of the marginally more powerful New Nintendo 3DS machine.

European gamers will be the first to get their hands on an RPG via this new system with Earthbound, which is now already out on the eShop in that territory alongside Super Mario World. They'll be followed on the 10th by A Link to the Past and Super Metroid, on the 17th by Super Mario Kart and F-Zero, and on the 24th by Donkey Kong Country and its sequel.

These Virtual Console releases come with a 'Perfect Pixel Mode', which allows the games to be displayed precisely at their original resolution as outputted by the original SNES hardware. As of now it remains unclear if third parties will join this initiative - something we're most interested in given the strong pedigree of the SNES as an excellent Japanese RPG machine.

Get your first look at the Super NES Classic Edition 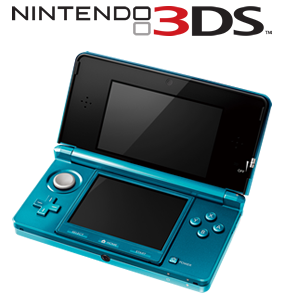 Nintendo offers up glasses-free 3D visuals with the 3DS, the latest in the line of Nintendo handheld machines. Also featuring improved visual power and online features, the handheld is a natural evolution of the DS.