Pokémon Sun and Pokémon Moon will launch this November, Nintendo and the Pokémon Company have revealed.

The company has also shown off the three starter Pokemon for the game: Rowlet, a Grass/Flying type who resembles an Owl, Litten, a kitten-ish Fire type, and Popplio, a sort of water type seal with a clown nose. As you do.

The game will launch on November 16th in North America, November 18th in Australia, and November 23rd in Europe.

Check out the new trailer, with gameplay footage, and the first artwork of the cutesy additions to the Pokédex, below. 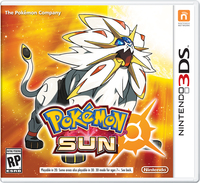