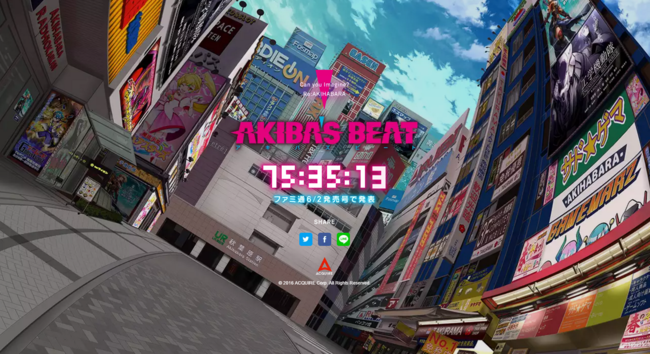 I was pretty warm on Akiba's Trip, all things considered. Although I had qualms about the look of the game and how many of its cooler locations were not accessible, it was still an ambitious endeavor worthy of praise for what it was trying to accomplish - delivering what is essentially the experience of visiting Akihabara like a tourist.

Developer Acquire has launched a teaser website that is set to expire on June 2nd at 10PM Japan Time where we should hopefully receive more details on its follow-up, Akiba's Beat. It has the words, "Can you imagine? Re:AKIHABARA" above the game logo.

In the background of the teaser site, we can also see some of the stores that will be represented, including Sofmap, Gamerz, Edion, and more (you'll have to move the characters in the company names around in the picture to have it make sense). In the meantime, Famitsu will have a spread this week dedicated to the next entry. 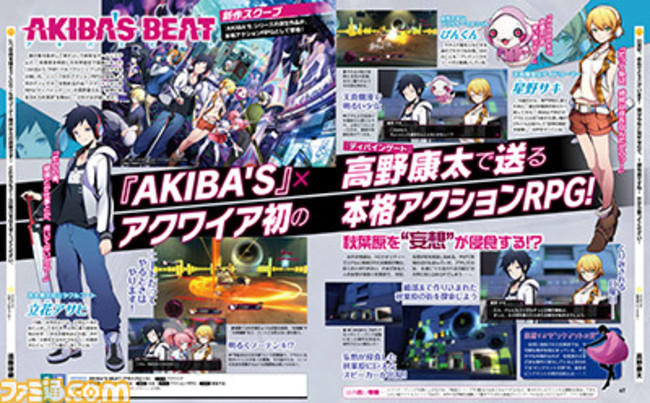 We also know from Famitsu that this will be an action RPG, which is new ground for developer Acquire (Akiba's Trip was more a beat 'em up).

UPDATE: You can watch the debut trailer below.

God Eater Resurrection announced for the PS4 and Vita

Valkyria Revolution announced for the West for PS4, Xbox One and Vita 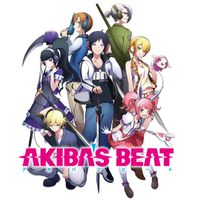