At their Anime Expo 2016 panel, Aksys Games announced that they are working on localizing Falcom's Tokyo Xanadu for North America, set to release in early 2017. In addition to the original PlayStation Vita version, the game will also be made available on PC via Steam.

However, Aksys currently has no plans for Tokyo Xanadu eX+, the upcoming enhanced PS4 port set to release in Japan later this year, which includes new playable party members and scenes.

We'll update this post when more information is available. For more from our time at Anime Expo, check us out on Twitter (@RPGSite). 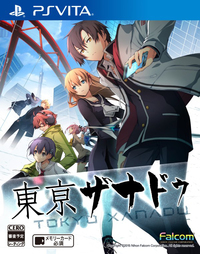