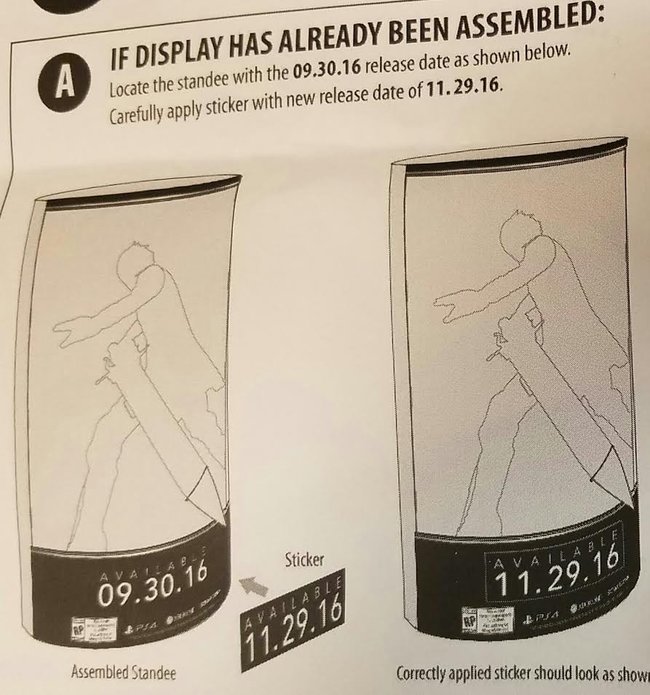 Original story: Final Fantasy XV won’t be making its promised release date if a new rumor is to believed. A source close to Gamnesia has reported a delay is most definitely on the way, with marketing materials flooding into GameStop stores listing a new date set for November 29.

According to Gamnesia, the source has been reliable in the past on “several occasions,” providing details on the release of Star Wars: Battlefront and other confirmed rumors. With Gamescom next week, it’s likely we’ll hear an official confirmation if the rumor is true then.

Final Fantasy XV was originally scheduled for a worldwide release on September 30 for PS4 and Xbox One.

Final Fantasy XV: Monster of the Deep will be released on November 21.