Announced slightly more than a year ago, XSEED Games has finally opened the official website for Xanadu Next. While originally planned for a Spring 2016 release, the publisher has been pretty quiet about this title until today. 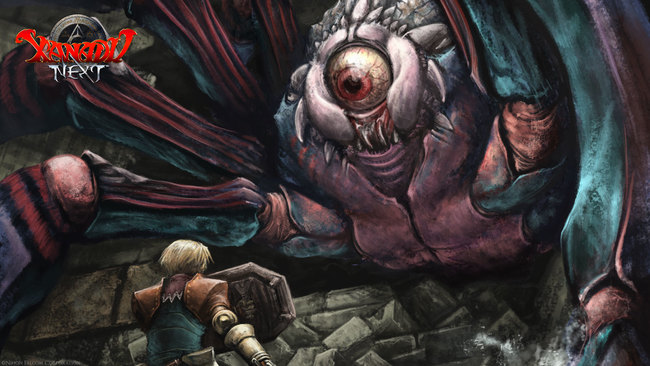 In addition to character and gameplay details, the website also provides a summary of the fairly complex history for Xanadu Next.

Xanadu Next an honorary entry in the venerable, long-running and extraordinarily confusing Dragon Slayer series, which also happens to be one of the Japanese action RPG genre's true founding fathers.

Released in 1984, the very first Dragon Slayer game may seem primitive by today's standards, but it was arguably Japan's first true home-grown action RPG experience, featuring an adventurer who literally built a house in the middle of a monster-infested dungeon so he could explore it with the ultimate goal of -- you guessed it -- slaying a dragon.

The Dragon Slayer "series" would continue from there for a very long time, spawning not just sequels but entire sub-series, including some fairly well-known ones such as Sorcerian and The Legend of Heroes -- both of which got their start as Dragon Slayer sequels -- along with the NES classic known in Japan as Dragon Slayer IV: Drasle Family but called Legacy of the Wizard here. This is a point of confusion for many, since most of these sequels have little (if any) connection to the original Dragon Slayer. Indeed, the only commonality present among all of the older titles to bear this name was the contribution of a producer named Yoshio Kiya. Basically, if he was involved, the game became a Dragon Slayer title!

And the very first game to officially release as a sequel to this grandfather of Japanese action RPGs was a 1985 title called Xanadu.....

You can find more at the official site. We've collected screenshots and artwork from the website and placed them in the gallery below.

Xanadu Next Screenshots and Artwork

XSEED Games may be localizing Xanadu Next