Nippon Ichi have released a bunch of new shots of Sakura Wars: So Long, My Love, which is due out in 2010 for the Wii and PS2.

The title is the long awaited English language release of what is considered a bit of a Japanese RPG classic and marks the first time the Sakura Wars series of games has made it over to the West.

The shots show off some of the mech battles from the game as well as showing off the Bonds and Trust systems, which allow relationships with characters outside of battle to effect your abilities in battle.

Stick with us for the latest on Sakura Wars and check out the screens below! 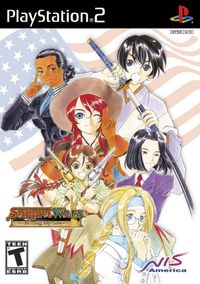