NIS America has announced that Operation Babel: New Tokyo Legacy will be released in North America and Europe next Spring. Originally released in Japan in 2015, the Experience-developed first-person dungeon-crawler will be available on PlayStation Vita (physical and digital) and will also receive a PC port on Steam. You can find the official website here.

In addition, Operation Abyss: New Tokyo Legacy - which was released in 2015 in the west on PlayStation Vita - will also make its way to Steam. Operation Babel is a sequel to Operation Abyss, and both will have Japanese voiceovers with English subtitles.

We've collected several screenshots on the Japanese version in the gallery below. 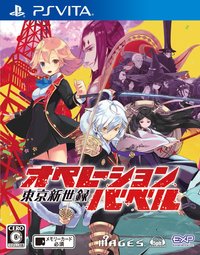