Back in March of this year, Sony announced a new mobile game division of their company, ForwardWorks, which was made to help bring PlayStation properties to mobile platforms. Last night during a press event held in Japan, they announced their ForwardWorks Beginning Initiative. Among the news that Parappa the Rapper, Hot Shots Golf, and Yo-Kai Watch would be finding their way to mobile devices sometime next year, they also decided to drop some real bombshells.

First, they announced a brand new Wild Arms game, with most of the original development staff making their return. This is to celebrate the 20th anniversary of the series while also acting as a reboot. There wasn't anything more shared during the show, other than the fact that developer Wright Flyer Studios will be handling the project. WFS is a GREE studio with only a few titles under its belt since its founding back in 2014, including Another Eden and the recently-released Blue Reminiscence. So, nothing the international audience would have heard of. I will say Blue Reminiscence doesn't feature an energy system, which is a good sign?

Another big announcement was the reveal of a new Arc the Lad, another eponymous Sony RPG property.This will also be a reboot that will feature the return of the original development staff from the series including producer Toshiro Tsuchida and scenario writer Norihiko Yonesaka. This is particularly exciting, as there hasn't been a new entry in the Arc the Lad series for over a decade (Wild Arms XF is slightly newer). Alt Plus will be handling the development of this one, best known for Emperors SaGa. A teaser for both titles was posted on the ForwardWorks Youtube channel, shared below.

New apps for both the Disgaea series and Yomawari: Night Alone were teased along with Sora to Umi no Aida, a new game from Oji Hiroi (creator of Sakura Wars and Far East of Eden) which you can watch a teaser for below.

ForwardWorks will also be collaborating with Square Enix on future mobile games. No further details were provided for any of these announcements, though.

Sony did not say whether any these new titles will ever come to western shores The current focus is only on Japanese and Asian markets, but the prospect of these classic series being able to return in some form through Sony's new initiative is pretty exciting. Stay tuned to see what comes from this new mobile push! 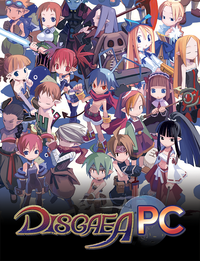