Disgaea in your pocket

While it's been announced in Japan for some time, an English Language version of Makai Senki Disgaea Portable has now been confirmed for the English speaking territories by it's publisher.

Not much is known of the title, as even in Japan details have been top secret, but many rumours point to the title being a remake of the PS2 original.

It's set to hit Japanse stores on November 30th, but before then you can check out the official website. While right now it is only a teaser page, the full site goes 'live' on August 30th, and should be a major source for new information on the game.

As always, stick with RPGSite for all the latest news on the Disgaea series. 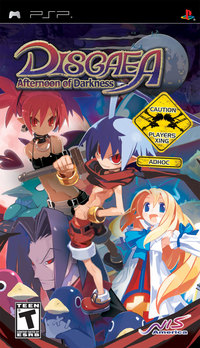