The Japanese come up with some crazy but awesome ideas, and Sakura Wars: So Long, My Love is the very definition of such ideas, featuring anime characters piloting powerful mechas around 1920s New York, battling with strategy-RPG gameplay.

I'm pretty sure that got your attention. It's looking pretty cool, and is shooting for a release around March. While this is technically the fifth game in the series, this is the very first time the popular Japanese series has been bought West in game form.

We've just updated our Sakura Wars Media Vault so you can see for yourself how crazy this looks - and we've got 180 screenshots, 12 pieces of artwork and even a trailer for you to take a look at. I've also popped the trailer below for you to have a gander at.

We'll hopefully have a fully featured, detailed preview of this very soon! 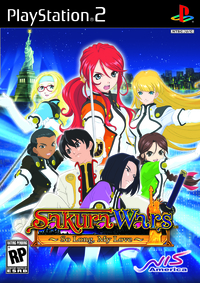