Following the first set of screenshots, Idea Factory has announced that otome visual novel Hakuoki: Kyoto Winds will release on May 16 in North America and May 19 in Europe for PlayStation Vita.

In addition, Idea Factory has posted new screenshots featuring four more of the game's bachelors, which you can find below.

Find the rest of the screenshots in the gallery. 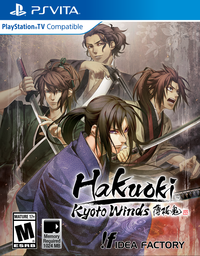