In Yakuza 6, Kiryu will find out exactly how much people are willing to sacrifice for family - be those ties through blood or bond - when he investigates a series of shadowy events that involve the ones he holds closest to his heart. He'll journey to familiar grounds in Kamurocho and the new setting of Onomichi, a beautiful, sleepy port town in Hiroshima Prefecture, in order to find the answers he seeks. Powered by the brand-new Dragon Engine, the game is the ultimate iteration of Yakuza's blend of gritty crime story, hyper-explosive combat, and all the vices and distractions those locales have to offer.

Alongside the release date announcement, Sega has revealed both a special Limited Launch Edition and a "After Hours Premium Edition" for Yakuza 6. You can find details on the special editions below:

We went hands-on with Yakuza 6 at E3 2017, where you can find some of our impressions of the game here. 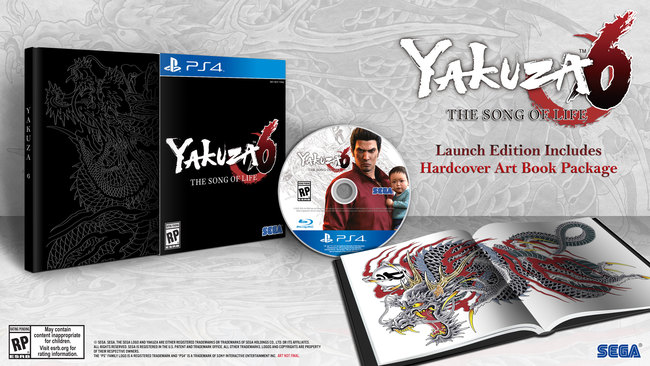 The Limited Launch Edition contains a sleek hardcover art book that doubles as the disc holder. 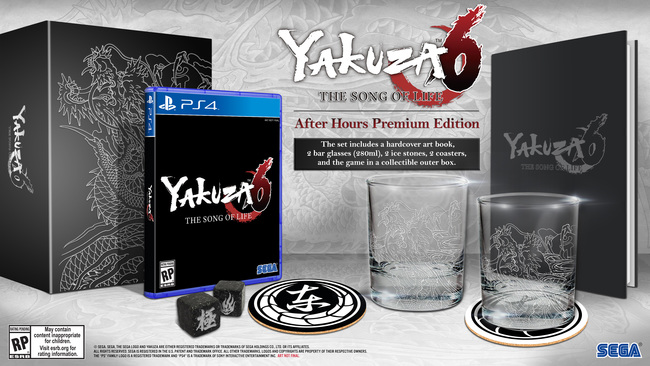 Yakuza 6: The Song of Life delayed to April 17

Yakuza 6: The Song of Life gets a new story trailer 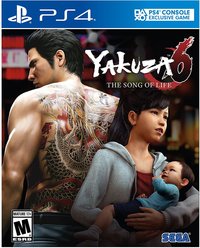