The Pokemon Company has released a bunch of new information for Pokemon Ultra Sun and Pokemon Ultra Moon, including new character designs, new Pokemon forms, new Z-Moves, and more. The company posted a short video giving an overview of the new features you'll encounter in the game.

The story this time centers around the legendary Pokemon Necrozma and his connection to Solgaleo, Lunala, and the world of Alola. As seen in the video, the design of the playable characters has been slightly changed for this new adventure through Alola. 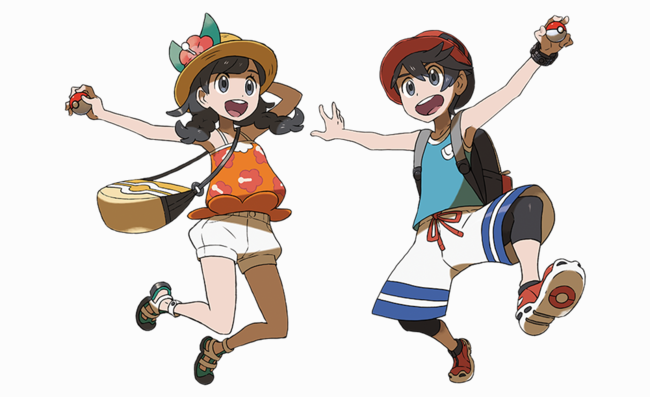 Rockruff has also been given a new evolution form - Lycanroc Dusk Form. The moves that Dusk Form Lycanroc can learn combines characterisitics from both the original Midday and Midnight Forms in that it can learn both Accelerock and Counter. Dusk Form Lycanroc also has a new Ability - Tough Claws - which increases the power of moves that make direct contact.

Pokemon Ultra Sun and Moon will also have new Z-Moves - special attacks that can only be done once per battle. Kommo-o, for example, has a Z-Move called Clangorous Soulblaze, which can be used when holding Kommonium Z Crystal. The Pokemon Company released a video for that Z Move here.

If a Kommo-o knowing the move Clanging Scales is given a piece of the exclusive Z-Crystal Kommonium Z to hold, it will be able to use the Dragon-type Z-Move Clangorous Soulblaze. Its additional effects are extremely powerful, raising the user's Attack, Defense, Sp. Atk, Sp. Def, and Speed all by one stage. And this surprising move is the first Z-Move to be able to attack all opponents when battling against multiple Pokémon.

Pokemon Ultra Sun and Pokemon Ultra Moon are set to release on November 17 for Nintendo 3DS. Find screenshots, artwork, and box arts in the gallery below.