Bioware have released information on yet another planet to be featured in upcoming MMO Star Wars: The Old Republic - Taris.

Taris was the very first planet players visited in the original Star Wars: Knights of the Old Republic game, an urban planet in the Outer-Rim systems occupied by Sith. Taris gave a peaceful appearance in its main, 'Upper' population areas, but scratch the surface and head below and you would find a world of violence, with mercenaries, gangs, and dangerous mutants all battling for survival.

In KOTOR, the planet was positively wiped clean by Sith forces as you escaped. In The Old Republic, the planet is finally being eyed for colonization once more by the Republic, but the aftermath of the Sith's conquest there is still clear, and mutants still run amock.

Will we return to areas from KOTOR, or will this just be familiar names and not familiar sights? We'll bring you the latest as we get it! 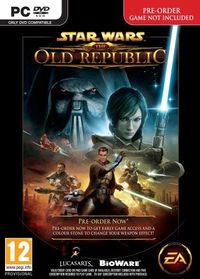