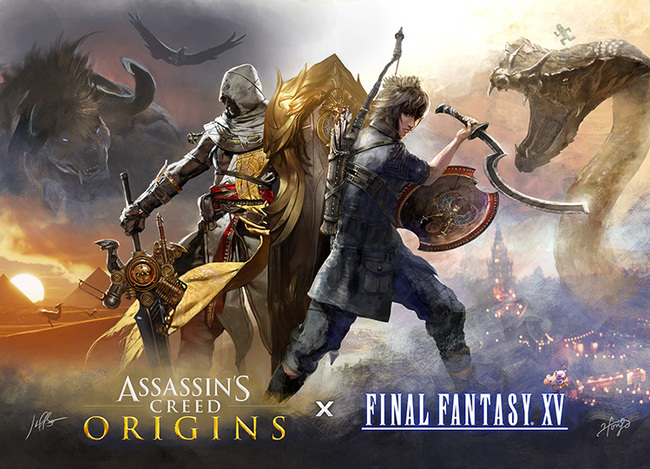 Then on August 31, a new free DLC will be available in the Assassin’s Festival, where the town of Lestallum will transform into a festival with an Assassin's Creed theme. Participating in this festival can unlock another outfit from that franchise, as well as give Noctis exploration and combat abilities like you would find in Assassin's Creed.

As of now, how Final Fantasy XV might be incorporated into the upcoming release of Assassin's Creed Origins is uncertain. 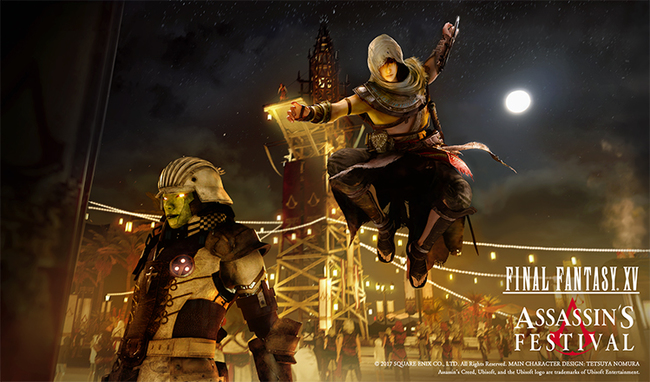 Ubisoft provided more details on their official blog, detailing how the collaboration came about. You can also check out a new trailer showcasing Noctis in his new duds.

Assassin's Creed Origins is set to release on October 27 for PlayStation 4, Xbox One, and PC.