Letter from the Producer Live XXXVIII aired during the Final Fantasy XIV 4th Anniversary 14-Hour Broadcast, sharing with us more information on Patch 4.1: The Legend Returns — due out in early October. In the summary below we highlight the major details, including an appearance by Yasumi Matsuno — who will be creating the “Return to Ivalice” alliance raid. 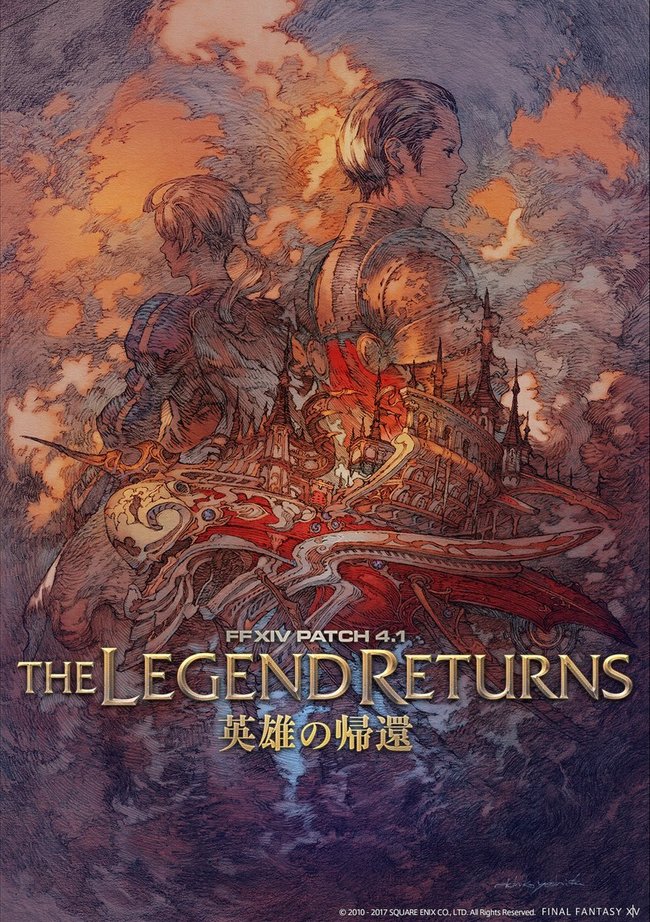 – Patch 4.1’s title is “The Legend Returns” and will release in early October. The patch titles will hint at what happens to Doma and Ala Mhigo after the conclusion of Stormblood.
– New Main Scenario quests continuing after the 4.0 scenario.
– A sidequest will be a new chapter in the Hildibrand storyline. It’s going to be a bit different this time — more like a preview episode.
– Beast Tribe Quests involving The Kojin will be added.
– A new Level 70 dungeon The Drowned City of Skalla will be added. Only one new dungeon will be added in the odd-numbered patches so that the team can refocus resources on various other tasks. 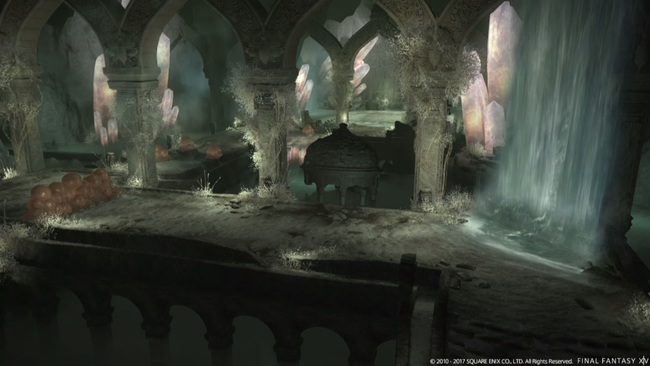 – An Extreme-level difficulty version of The Royal Menagerie will be added as a trial.
– A new PvP mode will be added called Rival Wings. It’s a training exercise between two teams of 24–the Ravens and the Falcons. Players work in light parties (4 players) and can operate Illuminati machina like the Cruise Chaser. Using these machina will turn the tide of battle with their special actions.
– Alliance Raids (Crystal Tower, Shadow of Mhach) will be added to the duty roulette. Alliance size restrictions have been removed. Labyrinth of the Ancients has been changed so that it can be challenged with 1 tank, 2 healers, and 5 dps.
– The Lost Canals of Uznair will be updated — new maps will lead to deeper submerged chambers in the canals. These chambers will offer more chances for even more loot and players will find rare enemies and opportunities to increase treasure coffer rewards.
– Adventurer Squadrons will be updated so that Dungeon Exploration will be possible. They’ll have their own limit break too. Their level caps will increase and it will be possible to unlock Glamours at level 51. 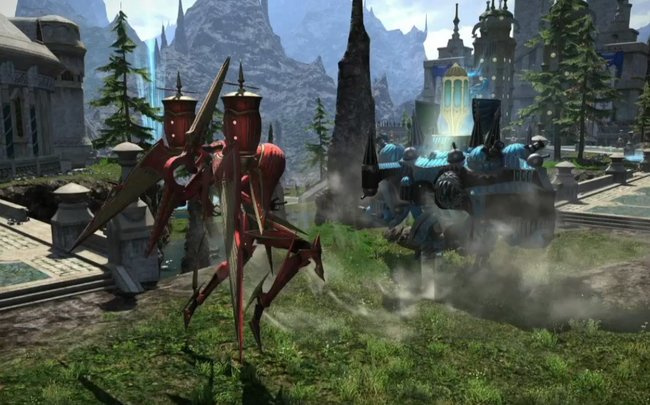 – In Patch 4.1, plots in Shirogane will become available for housing, a relocation service will be added to transfer from an existing housing zone to another, and swimming will be added to residential areas.
– A new custom delivery client will be available for crafters and gatherers in Patch 4.1. The weekly delivery reset will be moved to Tuesdays.
– Beast tribe currency will be moved to the currency tab as well as venture scrips.
– A “Perform” action will be added to Bard to allow you to play an instrument. Individual notes can be assigned to hotbars and new instruments will be slowly added over future patches. You can start performing when your Bard is level 30. They wanted to add this as a fun thing the community can do together.
– Cross-world functionality will come to Alliance Raids, custom PvP matches, friend registration, and /tell. 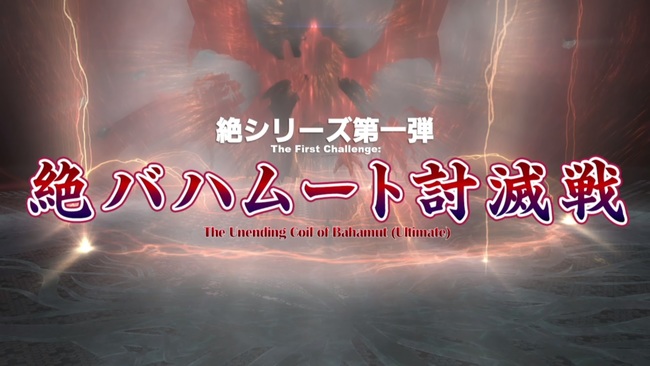 – A new high level content above Extreme-tier difficulty will be introduced called Ultimate. The first challenge will be The Unending Coil of Bahamut. It will reward one token to redeem a weapon that has the same item level as Omega Deltascape V4.0 (Savage). However it will have a design that will really stand out. There’s no weekly limit on this challenge, so you can try it as much as you want.
– Another live letter at the end of this month will detail more on upcoming job changes, a simplified HUD, and more. 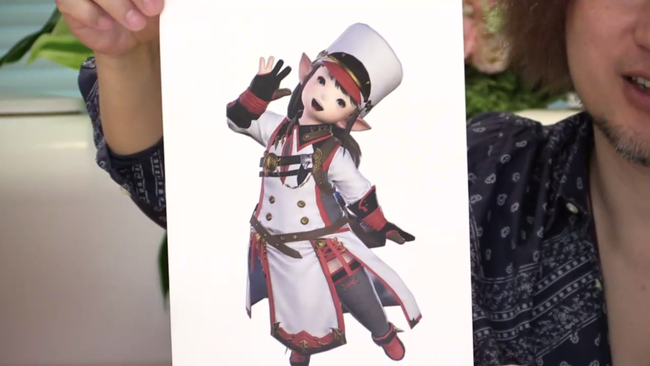 – New gear was shown off based on the community design contest — all roles will be able to have a version of this outfit like the Lost Allagan gear. We can also see the new Feast reward gear, and a glamour based on Edda Blackbosom that will be available for purchase through The Lodestone.

Rabanastre will be introduced as a new alliance raid in the “Return to Ivalice” series. The scenario will be written by the father of Ivalice, Yasumi Matsuno, and bosses will be designed by Ketita Amemiya (GARO).

On how Final Fantasy Tactics would link with Final Fantasy XIV, Matsuno said he used the “Legend of Arthur” as a reference. The legend comes from the Garlean Empire believing in Rabanastre like the Camelot of Arthurian legend — a place where a peasant became a hero. Rabanastre is located inside Dalmasca, which is located near Othard. The goal is to be able to blend the worlds of Ivalice and Final Fantasy XIV so Matsuno will be handling the main plot and major beats, while the XIV team will be handling the actual scenario.

Matsuno talked with Banri Oda, Final Fantasy XIV’s world and lore creator, about the events after the liberation of Doma and Ala Mhigo. Other places in Othard and Dalmasca will begin to rise up in rebellion against the Garlean Empire. Wrapping all of this up may take them into “Patch 4.6 or 4.7”. It’s a bit up in the air at this point.

The picture shown in the artwork with the airship is said to be Rabanastre. Matsuno showed a picture of the area on his phone — we’ll see more of it in the second part of the Patch 4.1 preview in the next live letter. 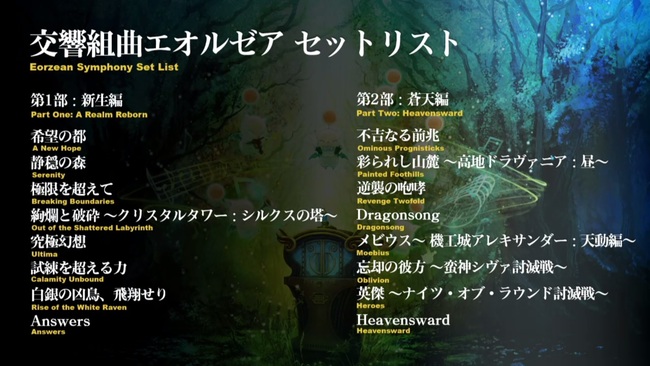 Final Fantasy XIV: Stormblood Patch 4.3 'Under the Moonlight' launches on May 22