Square Enix has posted new character art for the upcoming Secret of Mana remake, featuring many of the game's NPC characters. In addition to their normal storyline roles, the remake will also include new Talk Events between Randi and various characters with light interaction and casual conversation. 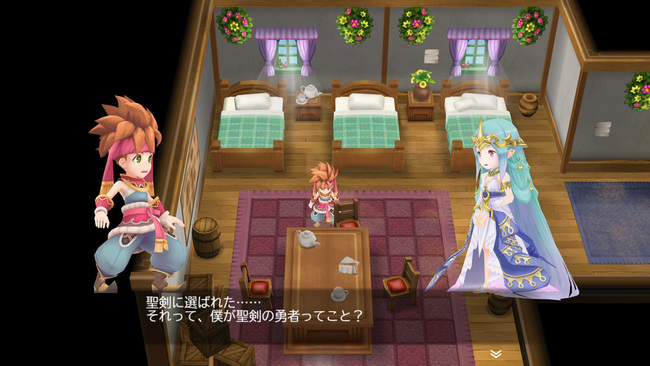 Check out the NPC artwork in the gallery below, including Dyluck, Jema, the Water Maiden Luka, Vandole, and his four generals, Sheex, Thanatos, Geshtar, and Fanha.

The Secret of Mana remake will be released for PlayStation 4, PlayStation Vita, and PC worldwide on February 15. You can find the Tokyo Game Show gameplay footage here.