After being initially announced last week during a Japanese live stream, Square Enix has announced that Star Ocean: The Last Hope International 4K & Full HD Remaster will be available in North America and Europe on November 28 as a digital-only title for PlayStation 4 and PC. This marks the first time the Star Ocean series will receive a PC release. 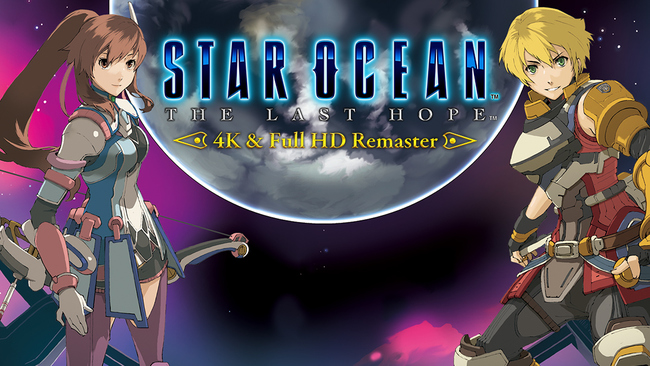 The game will be priced at $20.99 and with 4K and keyboard control support on PC. You can find the Steam page here. Square Enix also released a set of 4K screenshots, which you can find in the gallery below. Those who purchase the game within two weeks of release will receive a 10% discount. Steam buyers during this window will also receive an exclusive downloadable mini-soundtrack featuring music from the game.  For PlayStation buyers, those who purchase before January 8 will receive an exclusive PS4 system theme and 12 PSN avatars featuring the main characters.

Star Ocean: The Last Hope originally released on Xbox 360 in 2009 - later getting an 'International' PlayStation 3 port with balance & UI tweaks as well as dual audio support. It is the first game in the Star Ocean timeline, where humanity is looking into the stars to find a new homeworld after World War III. The game features a party-based action battle system, private action events, and in-depth item creation system that the series is known for.

Star Ocean: The Last Hope International to come to PS4 and PC in Japan this Fall