Demon's Souls is a great game. It's so great, it won our RPG of the Year award for 2009. That is why we are excited to see Namco Bandai taking up the reins to deliver the game to those of you living in Europe.

According to Unterhaltungssoftware Selbstkontroll, Germany's ratings board, Demon's Souls is among the listed games set to be released this summer to those of you living across the Atlantic. This has long been rumored from various media outlets, but it is heartening to know that there is some sort of confirmation to be had.

For those of you who wind wanton masochism something to flirt with, look forward to playing what really is a must-have title for RPG fans the world over. 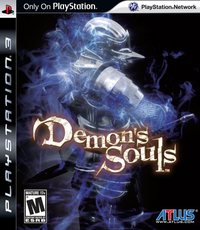