Granblue Fantasy Project Re:Link will have both singleplayer and multiplayer modes

Cygames has finally unveiled new footage and screenshots of the highly anticipated Granblue Fantasy game for PS4, Granblue Fantasy Project Re:Link.To mark this occasion, both Famitsu and Dengeki have coverage of this game at their final magazine issues of 2017.

First of all, we have a translation of Weekly Famitsu magazine interview with producer Kenji Saito from Platinum Games and director Tetsuya Fukuhara from Cygames.

Saito: Game-wise, we’ve been able to present the basic actions that also feel good. And graphics-wise, we’re finally able to present Granblue’s world settings. It’s still going to take quite a while for us to publish [new] information after GranBlue Fes, but please look forward to it!

Fukuhara: From around Spring 2017, staffs from Cygames and Cydesignation have been gathering at Platinum Games’ floor, doing joint development while providing technical cooperation such as creating pictures. We’ve finally come to the state where we can show the graphics, so we released new information at the Granblue Fes held a few days ago. However, it will keep getting better!

We’ve settled on the game [systems] and story at the early phases, but the graphics parts were why it took some time for us to release a new information batch. As for my own work, a few days ago I’ve just done my main work for the scripts.

Famitsu: What kind of game will Project Re:Link (working title) be like?

Saito: Cygames and Platinum Games are firmly cooperating with each other! In order to be able to present the world settings of Granblue’s main story, people from Cygames have also been helping us with supervisions, and we’re proceeding through the production so that you can taste Granblue’s world and story.

As for the game, we are aiming for Platinum Games’ expertise in “Actions that can demonstrate character appeals” with “Situations with transition movements to the next scenes” and “Multiplayer game that can also be enjoyed with everyone!”

Fukuhara: We’re aiming for a mainstream fantasy title that will make people think like “I know Granblue but I’ve been avoiding mobile games, so if it comes to PlayStation 4 I’d like to play it,” or “It’s been a long time since I last had a home console; if Granblue comes there I’d buy the console together with it.”

I think recently we don’t have many home console games with a stout fantasy right on the middle of it, so as we’re taking into consideration the people who don’t play action games and those who have never played anything but mobile games, we’re developing this game so it can be tried by many people. Please look forward to it! 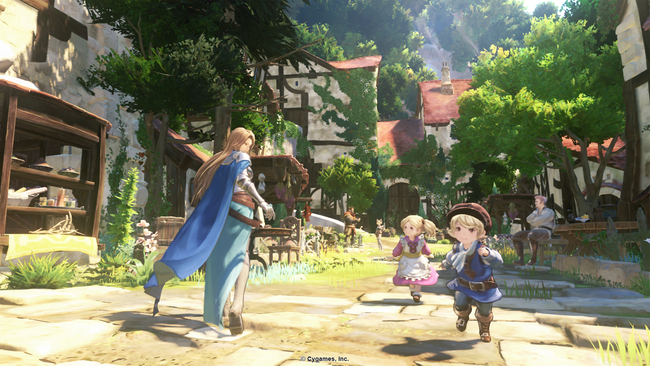 Dengeki has also conducted a separate interview with Tetsuya Fukuhara at their own Dengeki PlayStation magazine, providing a couple of new tidbits not seen in the Famitsu interview. We have also translated this interview right below.

Dengeki: How will the characters move?

Fukuhara: In Singleplayer mode, the 3 other characters that you don’t control will fight while [being controlled] by AI. Each character will have peculiarities in their actions –or rather attack methods– and it feels rather bustling! Other than that, there’s also a 4-people multiplayer where each character is controlled by a player, so look forward to it!

Dengeki: How far has the development progressed currently? Are there any points you had difficulties at?

Fukuhara: In this whole year we had always been cramming on creating images, which is why it took some time before we can show it. By being able to show a playable footage –albeit a short one– at Granblue Fes, I think the development pace will go up. Of course, other parts than graphics are also being worked on in parallel, so in a little bit more we should be able to see the goal.

As for the point where we’re having difficulties at, it’s definitely on the 3D presentation of Granblue’s world. Ultimately we’re aiming for the main story characters, backgrounds, and more illustrations to be dropped as-is to 3D, and Cygames doesn’t want to compromise on that point either. So we had staffs from Cygames & Cydesignation stay at Platinum Games and work on the development while taking close contacts with them. 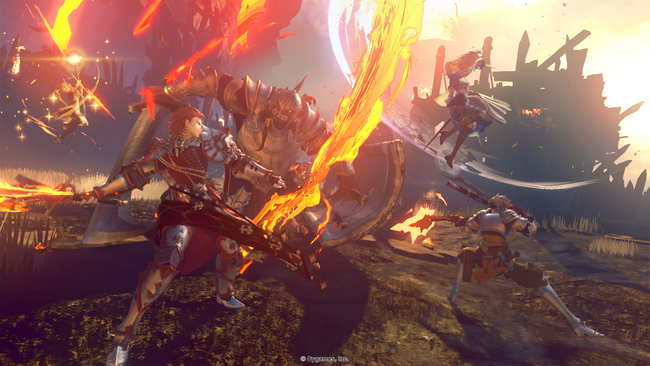 Granblue Fantasy Project Re:Link is currently being developed by Cygames and Platinum Games, and will be released exclusively for PlayStation 4. A release timeframe has not been announced as of yet.

Granblue Fantasy Project Re: Link announced for the west with more details in December

Take a look at new footage of Granblue Fantasy Project Re: Link in action