Praise the sun, your prayers have been answered - a Remaster of Dark Souls is coming, and yes, it's coming to Nintendo Switch.

It's been some seven years since Dark Souls first arrived and a few years longer since we first got our hands on the excellent, game-changing Demon's Souls - but now it's time to return to almost the beginning of this series with a fully-fledged remaster of Dark Souls, as announced by Nintendo during a surprise Nintendo Direct event held today.

The game was announced with a trailer and given a release date of May 25, though little else has been announced about it thus far - so we don't know exactly how deep a remaster it's going to be or how much it'll change, though I expect we'll learn that soon. Here's what the press release says on that matter:

See the trailer for yourself below:

Roll on May 25. No screenshots or actual gameplay video yet, but here's the first assets from the game - lovely box art and key artwork for the new release. 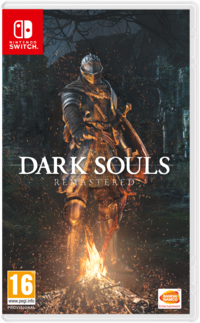