The sequel promises to fix many of the issues that held the solid original back from greatness, and as such we're really looking forward to it. You can check out our opinion of the original here.

The screens shot off combat, some new White Knight forms and the game's improved graphics and HUD. Check 'em all out below, and remember to head over to the Media Vault for all the screens of White Knight Chronicles 2 released so far!


Advertisement. Keep scrolling for more
Post to TwitterPost to FacebookPost to RedditPost to Tumblr
Enjoyed this article? Share it! 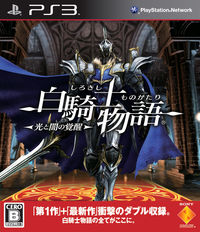