Bethesda have announced the Collector's Edition for the upcoming Fallout: New Vegas, featuring tons of extras that'll be a must-have for any massive Fallout fan.

The 'premium' edition of New Vegas comes in a nice collectable box and includes "Lucky 7" Poker Chips replicating those in the game, a Fallout: New Vegas branded deck of cards, a replica of the coveted "Lucky 38" platinum poker chip, a graphic novel and a making of DVD.

The graphic novel tells the story of characters leading up to Fallout: New Vegas, giving owners of the CE some more detailed backstory. The making of DVD features a documentary which includes interviews with developers and details on the history of Fallout as a franchise past and present.

The Collector's Edition will be produced in limited quantities and Bethesda tells us it'll be available for preorder at retailers in "the weeks to come". Check out an image of the CE below, and be sure to stick with us at RPG Site via our RSS Feed and Twitter for the latest on New Vegas! 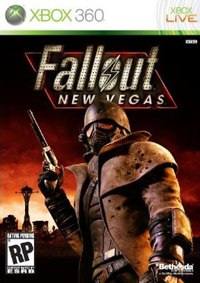