Sega's released a video showing off the various factions who'll be battling it out throughout the story of Obsidian's espionage action RPG Alpha Protocol.

There's terrorists, the Russian mafia, special ops dudes - and the player character, Michael Thorton. The game's due out later this month - check out the trailer below. 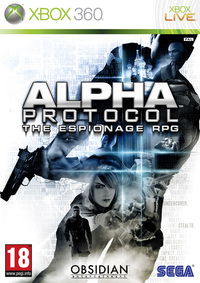