Microsoft have announced and detailed the Fable III Limited Collector's Edition, showing off what'll be in the final package for Fable fans.

The Limited Collector's Edition is to include a new in-game quest, location, dog breed and outfit in game as well as Fable III playing cards, a guild seal coin and a copy of Fable III with snazzy, special edition sleeve artwork in the real world.

The new quest will see players journey into the forests of Silverpines in search of a legendary sword to use in battle, while the extra dog breed, location and costumes will allow for a higher degree of customization.

The Guild Seal coin is designed to be flicked with a good and evil side that can help players make decisions in-game. The playing cards are all branded with Fable III characters, as you'd expect. 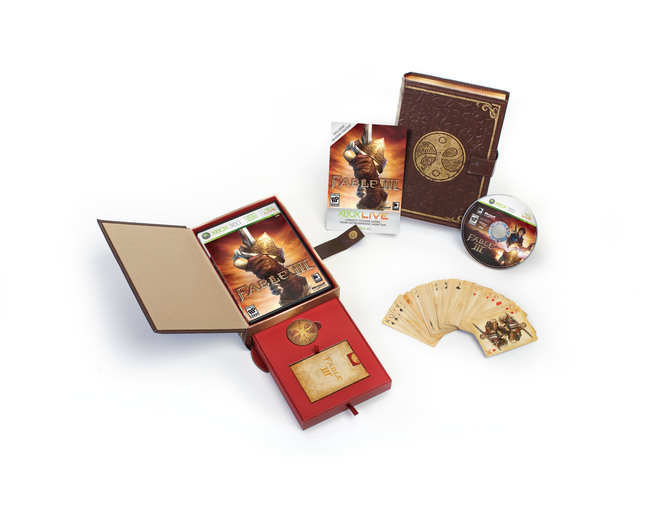 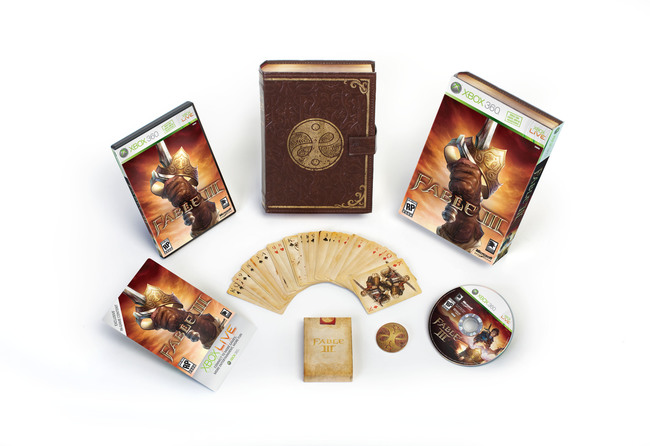